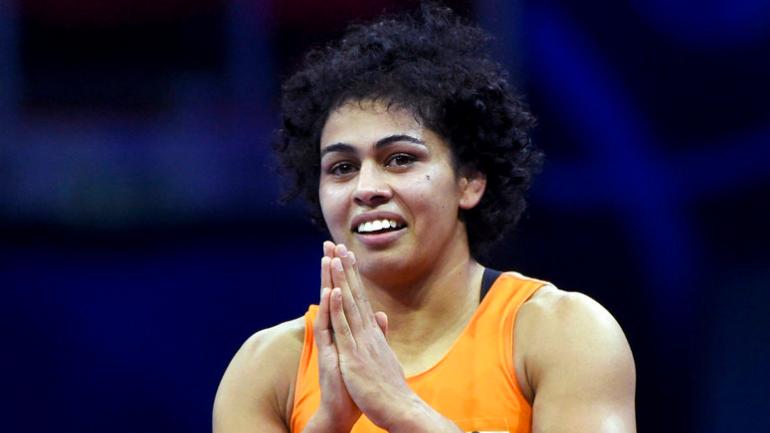 Pooja Dhanda became the 4th Indian woman wrestler and first in six years to win a medal at the World Championship, winning a bronze with a stunning 10-7 win over the 2017 European champion Grace Jacob Bullen in Budapest on Thursday.

Pooja executed a four-point throw in each of the two periods in the 57kg contest to deliver the best performance of her career. It is the second big medal for Pooja this season, having won a silver the Commonwealth Games in Gold Coast.

It is India’s second medal at the ongoing championship after Bajrang Punia’s silver medal performance in the men’s freestyle 65kg category.

About his win Pooja said: “It’s a proud feeling for me. I have done my country proud with this medal. I am very happy with this effort. In the beginning, I had a chance for a counter attack and I got a good lead. I was confident that I will pull it off.”

Asked about her opponent, Pooja said she came prepared to tackle her.

“Bullen is strong with her upper body, I had seen her bouts, so my coaches planned that I block my arms and work on lower body. So attacked on the legs and got points,” she explained her strategy.

Pooja said being in the brackets of world beaters made her job tough but having a win over Olympic and World champion Helen Maroulis at the start of the year, had boosted her confidence. “I was in the lower bracket, which had Olympic and world champions. But I had beaten Olympic gold medallist so my confidence was high.”

Pooja said she now wants to win an Olympic medal. “My next target is Olympics. I feel very confident. I need to work on little things. I will come back to the mat with proper preparation.”