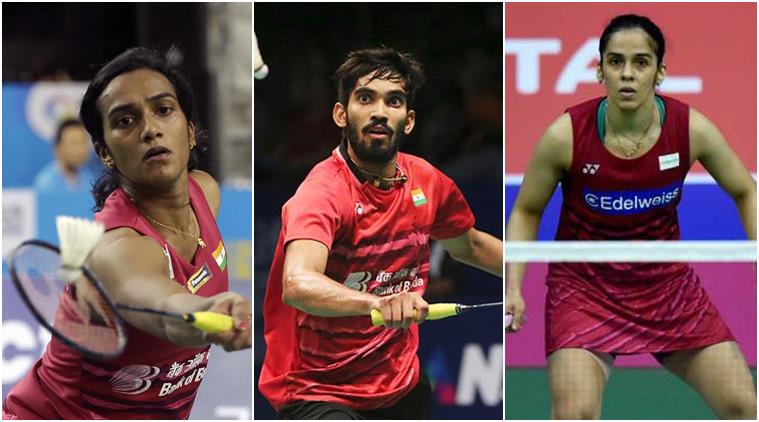 Indian Tennis Players Saina Nehwal, PV Sindhu and Kidambi Srikanth had made their way to the quarterfinals of the French Open BWF World Tour Super 750 in Paris on Thursday.

Srikanth showed great determination and defeated Korea’s World Number 25 Lee Dong Keun 12-21, 21-16 and 21-18 in a second-round clash that clocked an hour and 13 minutes. The Indian had lost twice to the 27-year-old Korean in the past two meetings.

Saina, who had reached the final at Denmark Open last week, continued her great performance defeating the former World champion Nozomi Okuhara of Japan 10-21, 21-14, 21-17 in another exciting contest. The Indian had beaten Okuhara last week as well.

However, both Srikanth and Saina will have a tough task at hand as they face World Champion Kento Momota of Japan and World Number 1 Tai Tzu Ying of Chinese Taipei respectively on Friday.

World Number 6 Srikanth will have to bring all his experience to the fore as Momota has outclassed the Indian four times this season. Momota enjoys a 9-3 lead over Srikanth in the head-to-head count.

Saina too has been no match for Tzu Ying, who defeated her in the final at Odense last week. The Taiwanese has a overwhelming 13-5 record against Saina, who has lost the last 11 times she faced her.

PV Sindhu will be up against the lower ranked He Bingjiao, the Chinese leads the head to head against the Indian 6-5 . Bingjiao got the better of Sindhu in their last meeting at the Indonesia Open in July earlier this year.