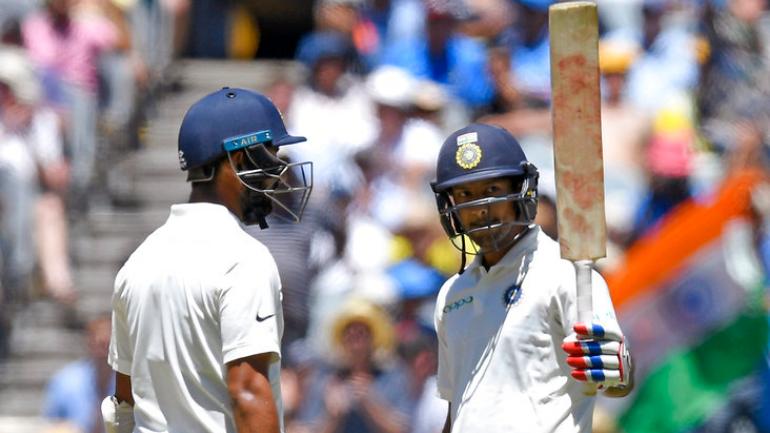 Karnataka batsman Mayank Agarwal made an new record in Test cricket with a score of 76 runs on debut against Australia on day one of the ongoing the Boxing Day Test on Wednesday. He became the highest scoring Indian test player in a debut match. The 27-year-old hit eight boundaries and one hit over the fence on his way to become the highest run-scorer for India on Test debut in Melbourne, Australia.

His 76 though was enough for Mayank to break a 71-year-old record of the highest score by an Indian on Test debut in Australia. The record was earlier held by Dattu Phadkar who made a 51 in Sydney in 1947.

Bangalore-born Mayank Agarwal broke into the Indian Test squad after openers Rahul and Vijay were dropped due to their poor performances.

Agarwal has an exceptional first-class record, including a triple century, which was scored in November 2017. He has played 46 first-class and 75 List A matches for Karnataka, averaging close to 50 in both. He has played 111 T20 matches.

Agarwal had made his first-class debut in November 2013 for Karnataka against Mysore while his List A debut came against Tamil Nadu, back in February 2012.