Vice President Mike Pence recommended creating three new organizations within the Defense Department that would be devoted to different space military needs. He also said that President Trump will work with Congress next year to establish the US Department of the Space Force by 2020.

Pence’s recommendations are outlined in a report from Deputy Defense Secretary Patrick Shanahan, who Congress directed to come up with ways the Defense Department could reorganize its management of space activities. The US military has long relied on space technologies for various combat operations, such as satellites that do surveillance and reconnaissance or probes that can detect missile launches from space. However, all of the military’s responsibilities for space are spread among the Air Force, the National Reconnaissance Office, and the Army. Lawmakers have discussed restructuring the military’s space management system to unify it.

On June 18th, Trump called for the creation of a Space Force during the third meeting of the National Space Council, a newly formed advisory group that helps shape the US agenda in space. “I’m hereby directing the Department of Defense and Pentagon to immediately begin the process necessary to establish a Space Force as the sixth branch of the armed forces,” Trump said at the meeting. “That’s a big statement.” The announcement was surprising, but the Space Force has become part of Trump’s talking points.

Establishing the Space Force would require Congress to pass new legislation. Trump hopes to get that process started by asking for Space Force funding in his annual budget request next year, according to Pence. Then the administration will work with Congress to create the Space Force through next year’s National Defense Authorization Act , which is annual legislation that outlines the policies, responsibilities, and budgets for the various branches of the Defense Department. Congress recently passed the final NDAA for fiscal year 2019 on August 1st, but it did not include any language about creating a Space Force since the process for writing the act started before Trump’s announcement.

So now the Space Force will have to wait until the next NDAA. But Pence hopes the military will make a few big changes in the interim based on the Shanahan report. First, he’s calling for the creation of a new unified combatant command for space that will be named the United States Space Command. This would seemingly reorganize the warfighting chain of command for space, which is separate from what the Space Force would do.

Within the Defense Department, there are two primary chains of command: warfighting and OTE (organize, train, and equip). OTE is the responsibility of the various military branches, such as the Air Force, Army, and Navy. They’re in charge of figuring out what kinds of military equipment they want to make and then training the necessary people to use that equipment. This is what the Space Force would focus on: creating satellites and training personnel to operate them.

The warfighting chain of command works at a higher level. This area of the Defense Department consists of various combatant commands, such as EUCOM or STRATCOM, which decide how to strategically use the branches of the military. For instance, CENTCOM decides what troops and equipment it needs stationed in the Middle East based on what’s available, and then the armed forces provide those resources.

Currently, the warfighting chain of command for space is overseen by STRATCOM, which is mostly focused on nuclear deterrence and global strike. But the Trump administration would create a separate command for space apart from STRATCOM, led by a four-star flag officer. This is a throwback: in 1985, the US created the US Space Command to do exactly this, but the organization was put under the umbrella of STRATCOM in 2002.

Pence also wants the Defense Department to create a new organization called the Space Development Agency, which would reorganize how the military acquires new space technology. Currently, space acquisitions are done by the Air Force’s Space and Missile Systems Center. But this new agency would seem to take that responsibility away from the Air Force.

Pence called for a new elite group of joint warfighters, specializing in the domain of space, who would be part of a newly minted Space Operations Force.

A new civilian position will also be created, Pence says: the assistant secretary of defense for space. This person will report to the secretary of defense and make sure the new reorganization efforts are running smoothly. “Creating a new branch of the military is not a simple process,” Pence said during his speech. “It will require collaboration, diligence, and, above all, leadership. As challenges arise and deadlines approach, there must be someone in charge who can execute, hold others accountable, and be responsible for the results.”

Now these changes may sound like good news to some lawmakers who have supported shaking up the way the military does space. 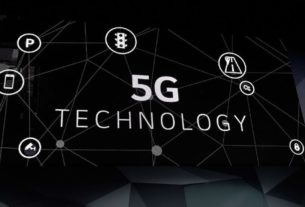 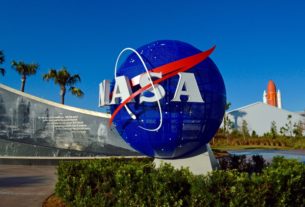