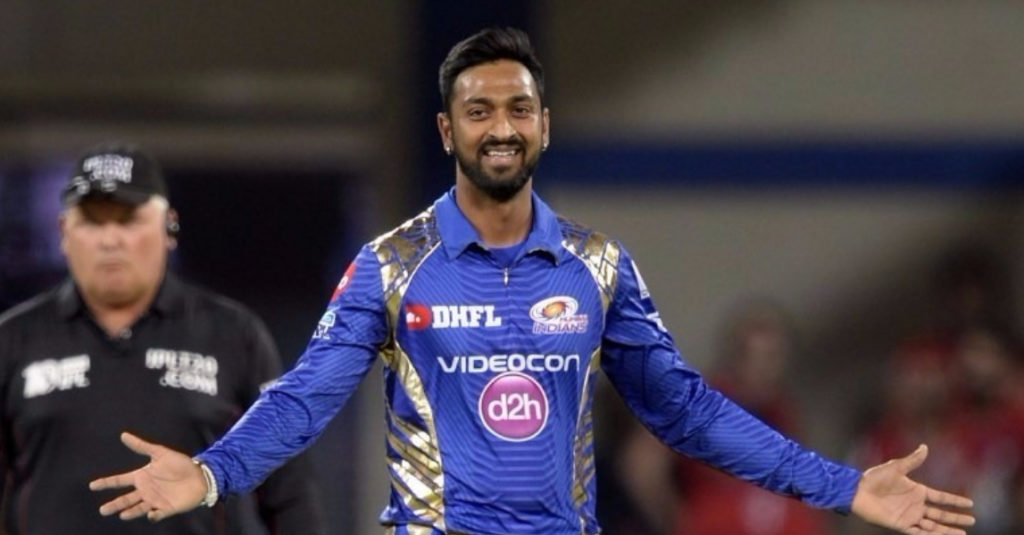 Krunal Pandya in all set to make make his senior India debut after being named in the final 12 for the first T20 International against West Indies in Kolkata on Sunday, 4 November.

Krunal is elder brother of cricketer Hardik Pandya who was part of the squad for the three T20 series in England this summer but didn’t get a game. On the eve of the match, Krunal had a lengthy batting session at the nets and also bowled his orthodox left-arm spin under the watchful eyes of bowling coach Bharat Arun.

Krunal had some consistent performances for Mumbai Indians, Baroda and India A during the past three years and his left-arm spin is expected to add variety to Kuldeep Yadav and Yuzvendra Chahal’s two-pronged wrist spin attack.

The XII also included left-arm pacer Khaleel Ahmed alongside the regular pace duo of Bhuvneshwar Kumar and Jasprit Bumrah but it remains to be seen whether India would go for a three-man pace attack.