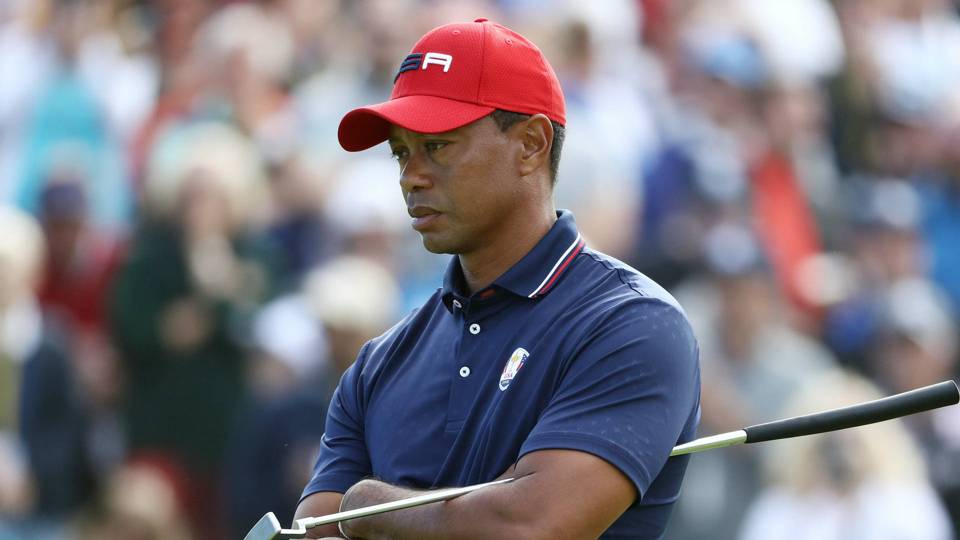 Tiger Woods recently admitted to the fact that he “was a contributing factor” as to why US tamely surrendered to Team Europe, as he lost four of his matches at Le Golf National outside Paris in France. He said :

I’m one of the contributing factors to why we lost the Cup, and it’s not a lot of fun. It’s frustrating because we came here, I thought we were all playing pretty well, and I just didn’t perform at the level that I had been playing, and just got behind early in the matches and never got back.

Woods suffered his second singles defeat in the match-play showdown with a 2 and 1 loss to Europe’s Jon Rahm, which led to the Europe’s triumph. “It’s disappointing because I went 0-4, and that’s four points to the European team,” said Woods.

The former world number one arrived at Paris after a magnificent comeback from injury with his first title since 2013 at the Tour Championship last week.

But in France, Woods had a poor outing as he lost a twice in the fourballs alongside Patrick Reed and once in the foursomes with Bryson DeChambeau – all defeats coming at the hands of Tommy Fleetwood and Francesco Molinari.