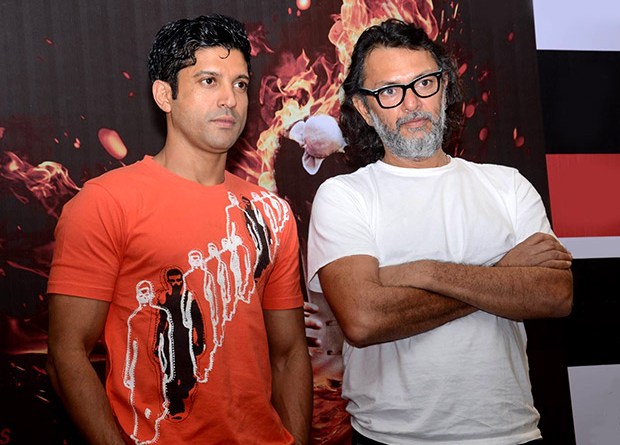 Farhan Akhtar has recently announced about his upcoming movie. Six years after Bhaag Milkha Bhaag, the actor is set to star in another sports drama, titled Toofan, which is story of a boxer. The film will be directed by Rakeysh Omprakash Mehra.

“Thrilled to share that 6 years after Bhaag Milkha Bhaag, @rakeyshommehra and I are reuniting to create ‘Toofan’.. a heartfelt story of a boxer. ‪Hope for your best wishes as we embark on this new journey. Love‬,” wrote Farhan on Twitter.

According to a report in Mumbai Mirror, the film is not a biopic, but a fictional story written by Anjum Rajabali, produced by Farhan Akhtar and Ritesh Sidhwani. Farhan will begin his training as boxer soon, the movie is expected to start shooting from begin this year.