Recently YouTube has apologized for some of the problems that its LGBTQ creators have faced regarding its monetization and ad policies in recent months. The apology comes at the end of Pride month, and the video platform says that it will do better by its creators. 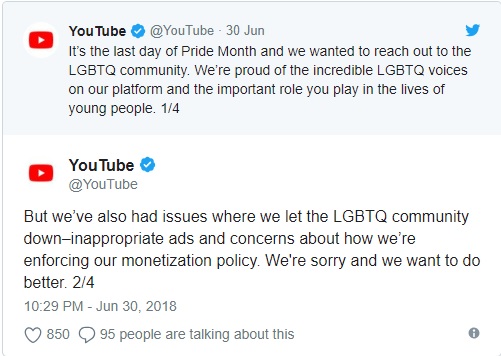 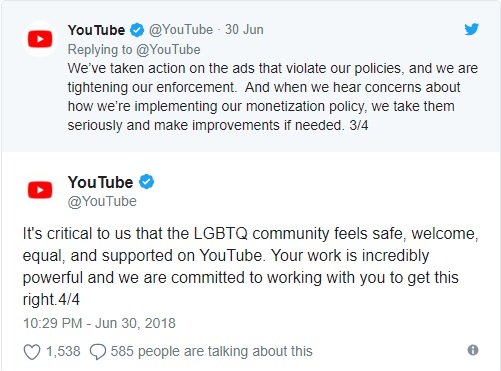 YouTube Creators have been complaining for months about having to deal with strikes, age and content restrictions, anti-LGBT ads, and have had their videos demonetized or stripped of ads altogether,just because words like “trans” or “transgender” are in their titles. YouTube said that that language doesn’t trigger demonetization, but that it uses machine learning to try and figure out what videos violate its policies, saying that sometimes their systems get it wrong, and encouraged channels to appeal. However, this puts the onus on creators to ensure that their videos are being treated properly.

Now YouTube has acknowledged that it made mistakes and is pledging to do better, its tweets don’t outline any specific measures that it’s taken, other than that it’s taken unspecified action on ads that violate our policies, that it’s tightening enforcement, and that it’s making improvements to its monetization policies. It’s a familiar apology, and the platform will need to do more than just provide short statements to reassure creators that it’s serious about its support for the community.