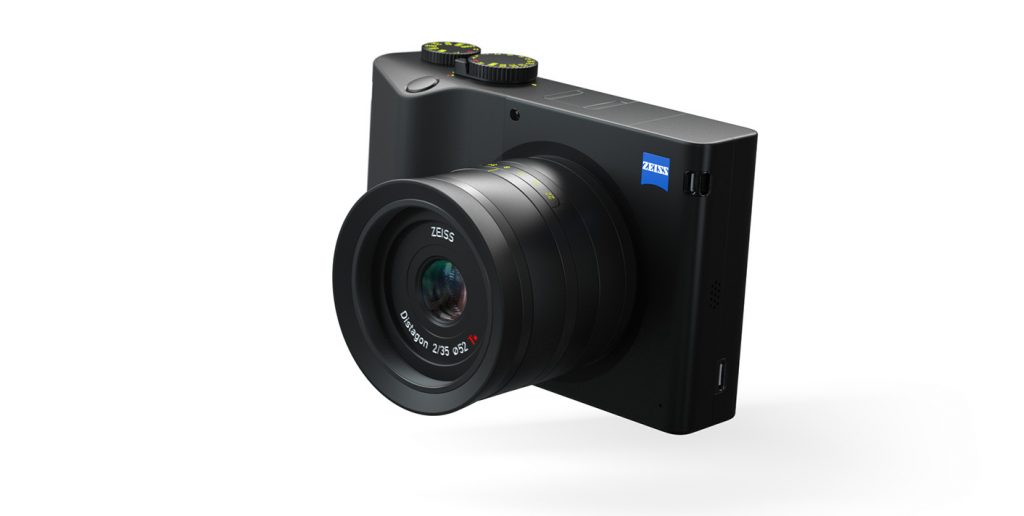 Zeiss has recently revealed  a surprise entry that’s easily among the most interesting: a full-frame, fixed-lens camera with Adobe Lightroom built in.

The camera is in the vein of Sony’s RX1 and Leica’s Q essentially really fancy point-and-shoots. You can’t change the lens from the attached 35mm f/2.0, but in exchange, you get a full-frame sensor in a relatively small body.

Zeiss’s ZX1 plays into the “fancy point-and-shoot” aspect even more. It has 512GB of built-in storage, so you don’t even need an SD card, and its controls seem to be fairly minimal. From the photos we’ve seen, there are dials on the top to control ISO and shutter speed, and a manual aperture ring on the lens. There only appears to be one physical button on the back.

Instead, the rest of the controls are seemingly set within the 4.3-inch touchscreen. That’s also where you’ll be able to edit your photos using Lightroom. The camera supports Wi-Fi, Bluetooth, and USB-C connections, so there are plenty of ways to get the photos somewhere useful, too.

It looks like Zeiss has essentially built a highly customized little Android tablet into the back of the camera that’s capable of running the mobile version of Lightroom. The mobile Lightroom app is actually very good. And while I’m not sure that you’d want to use it exclusively as a means of editing your photos, it’s a neat and surprising thing to have on the back of your camera. The fact that your photos would also sync directly to Lightroom on the desktop is pretty great, too.

This is a surprising announcement from Zeiss. Zeiss is widely known for its excellent camera lenses, but the company doesn’t really do digital cameras. And the naming and press release suggest the ZX1 isn’t going to be a one-off. Zeiss says the sensor was custom designed in-house; the camera features a new lens, too.

Zeiss is calling this a “camera concept,” but the camera very much appears to be real. It’s supposed to go on sale in “early 2019.” Pricing hasn’t been announced yet, but you can bet it’ll be expensive. Comparable cameras are $3,000 and up.