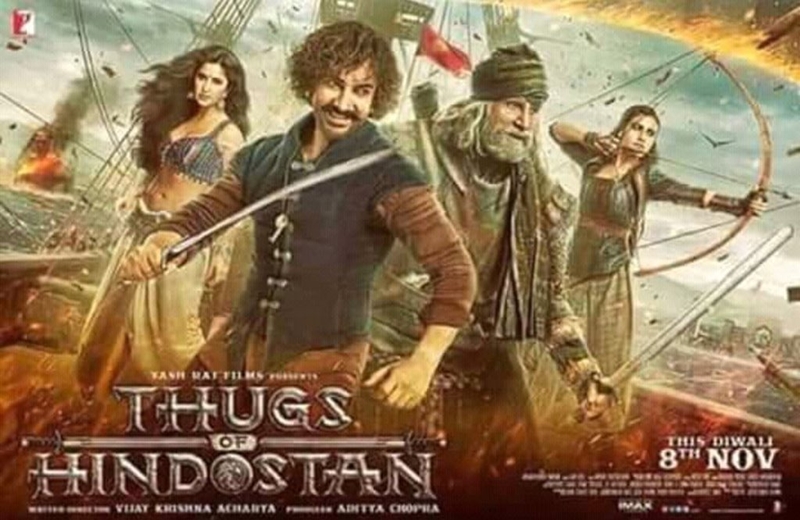 The official trailer of Thugs of Hindostan will be release on 27 September, which also happens to be Yash Chopra’s birthday. Directed by Vijay Krishna Acharya, the film is being compared to Johnny Depp’s Pirates of the Caribbean by many on social media. 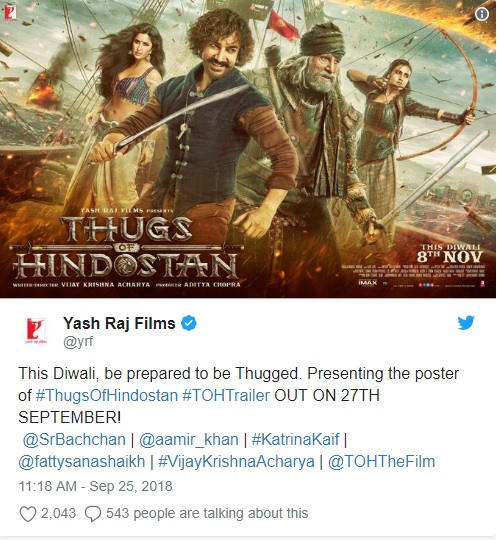 The makers have been creating buzz for the upcoming film which releases in November by sharing the character first looks. The motion posters of Aamir Khan as ‘Firangi’ and Amitabh Bachchan as ‘Khudabaksh’ are reminiscent of the characters of Pirates of Caribbean franchise. Fatima Sana Shaikh aka Zafira will be playing a warrior princess with “fire in her heart” while Katrina Kaif as Suraiyya is expected to “make the entire Hindostan go weak in the knees.” A glimpse of the “cruel and merciless” villain of Thugs of Hindostan, John Clive, played by Lloyd Owen has also been revealed.

Thugs of Hindostan is reportedly based on Philip Meadows Taylor’s 1839 novel, ‘Confessions of a Thug’. The film releases on the Diwali weekend, 8 November.