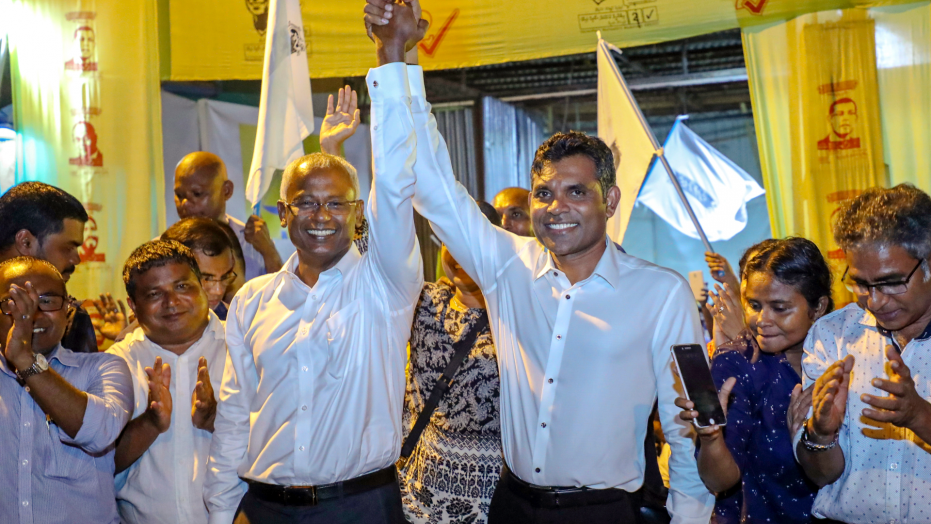 The Election Commission of Maldives on Monday, 24 September, announced that Opposition candidate Ibrahim Mohamed Solih has won the Presidential Elections with 134,616 votes. Solih is a member of the Maldivian Democratic Party.

Solih, a long-time but little-known lawmaker, declared victory on 23 September, at his party’s campaign headquarters in the capital city Male in a contentious election widely seen as a referendum on the island nation’s young democracy.

Supporters draped in the Maldives’ flag took to the streets, hugging one another, cheering and honking horns to celebrate Solih’s unexpected win.

Solih had 58.3 percent of the vote, with nearly 92 percent of ballots counted just after midnight Monday, according to independent newspaper website mihaaru.com. Election watchdog Transparency Maldives tweeted that Solih had won “by a decisive margin.”

The opposition had feared the election would be rigged in favor of strongman President Yameen Abdul Gayoom, whose first term was marked by a crackdown on political rivals, courts and the media.

In a victory speech, Solih called the election results “a moment of happiness, hope and history,” adding that he did not think the election process had been transparent.

A police raid on Solih’s main campaign office the night before the election was seen by the opposition as a worrying sign that Yameen would “muzzle his way” to re-election, according to Hamid Abdul Gafoor, an opposition spokesman and former Maldives lawmaker now based in Colombo, Sri Lanka.

More than 2,60,000 of the Maldives’ 4,00,000 people were eligible to vote at about 400 polling stations across the approximately 1,200 islands that comprise the Indian Ocean archipelago.

Voters also stood in long lines in Malaysia, the UK, India and Sri Lanka, where the opposition had encouraged overseas Maldivians to participate.