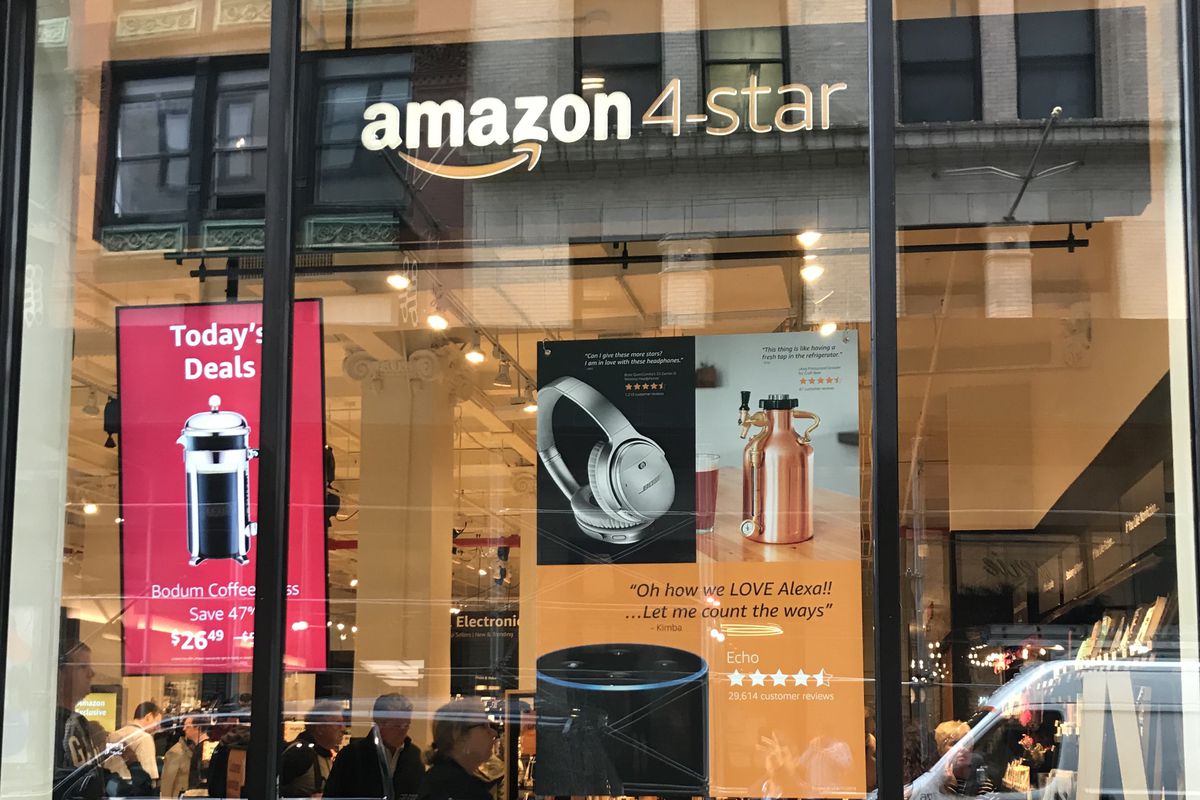 Amazon’s latest 4-star stores, opens today in Berkeley, California, marking the third 4-star location in just two months. The 4-star store, which sells a mix of Amazon-made electronics like Echo speakers and Fire tablets and other popular items sold on Amazon.com with at least a 4-star customer rating or above, first opened in New York City back in late September. Last week, Amazon opened a new store in Colorado in Lone Tree outside of Denver and hinted that another store would come to Berkeley soon, too.

Now, it appears the opening was imminent, as Amazon says its Berkeley location, at 1787 Fourth Street, is opening its doors today for the first time after a stealthy set-up period. This is the second physical store Amazon has opened in the San Francisco Bay Area in just the last month. In late October, the company opened one of its cashier-less Go stores, its sixth location, in the city’s financial district.

Like the 4-star stores, the company’s physical bookstores, and its Whole Foods subsidiary, Amazon Go is the e-commerce giant’s attempt to expand its footprint beyond online retail and into the real-world. With physical stores, Amazon can capture the type of daily spending most people put toward meals, groceries, and convenience store items. With the 4-star stores specifically, Amazon is targeting customers who might consider buying a product like a Bluetooth speaker or replacement phone charger online through its website, but who then purchase the item at a physical store instead because they want it immediately instead of in two days.