Twitter has been testing a new audio only broadcast feature through its Periscope platform for a few weeks, and now the company has announced today that the feature is now publicly available for all iOS users of the main Twitter app and its live-streaming app Periscope. Once updated, head to the compose screen on Twitter and tap the “Go Live” button to pull up the standard live streaming screen. You’ll now see a microphone icon to toggle the audio only broadcast option on or off. 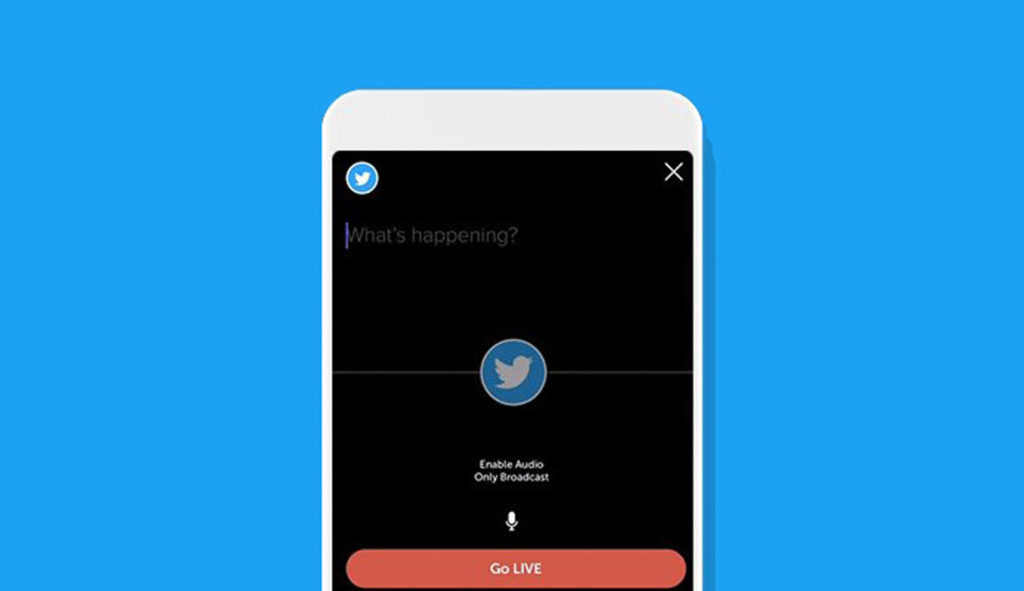 This is a way for Twitter to reorient the purpose of its live-streaming platform toward live podcasting and other audio-first content. Twitter’s Periscope and live video platform has waned in recent years as the popularity of public live-streaming has shifted away from viral moments and breaking news and toward professional media and gaming-centric content on Facebook, Twitch, and YouTube.

Twitter, however, still sees a large opportunity in live moments, particularly around sporting matches, award shows, breaking news, and other ephemeral events that can be experienced uniquely through social media. The company in February said it would start streaming local news broadcasts during breaking news events, and it’s more recently started personalizing live event push notifications to get more users to tune into broadcasts it thinks they’d be interested in. It’s also routinely added new features, like timestamp-specific linking, to its live platform in a bid to get people to share more.

It makes sense then that Twitter would want a piece of the podcast pie, especially given how big a business that industry is becoming. That’s not to say that most people who may use this feature would ever broadcast an entire live podcast through Twitter or Periscope, or that any big media organizations or podcast companies will start using it. It could end up just being the random musings of everyday Twitter users, as most of Periscope ended up becoming after the veneer of mobile live-streaming wore off. But it certainly can’t hurt to give users another creative outlet to experiment with live media.