A century on debut against India, and now a century in his last international match, also against India Alastair Cook signed-off in style as he scored a 147 in his final innings for England. He also became only the fifth batsman in Test cricket history to score hundreds in his first and last matches.

In his 161st Test, the English opener scored his 33rd century off 210 balls, surpassing Australia’s Steve Waugh during their fifth and final Test against India at the Oval on Monday, 10 September.

It was Cook’s seventh Test hundred against India, more than any other English batsman, ahead of Kevin Pietersen’s six hundreds. He is now also the second-highest run-scorer in Test cricket against India after Ricky Ponting.

As he draws a curtain on his 12-year career, here’s how Twitter lauded Alastair Cook’s century in his farewell Test. 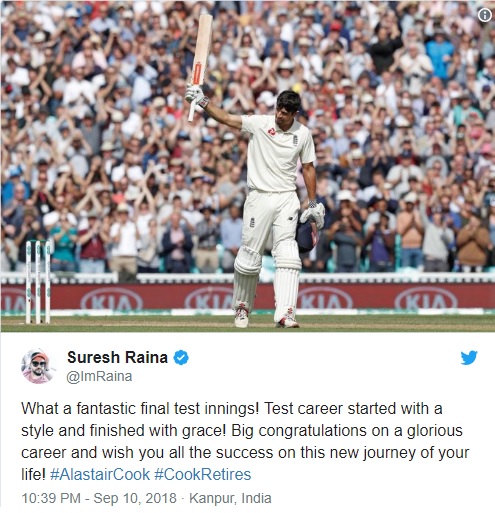