Bollywood legendery actress Nutan’s granddaughter and Mohnish Bahl’s daughter, Pranutan Bahl is all set to make her Bollywood debut. She will be starring alongside newcomer Zaheer Iqbal in a film directed by Nitin Kakkar and produced by Mohnish’s Hum Aapke Hain Koun co-star Salman Khan . 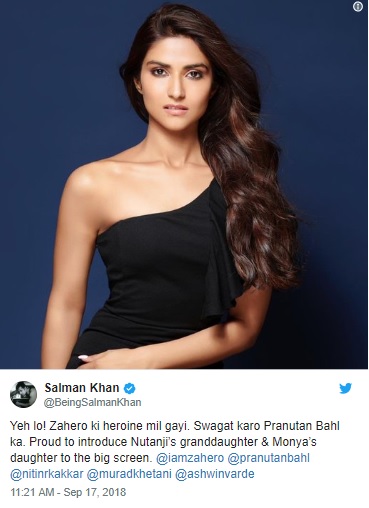 Pranutan is the latest in the long line of actors launched by Salman in Bollywood -think Sooraj Pancholi, Athiya Shetty, Daisy Shah, Aayush Sharma and Warina Hussain, among others.