Corning has recently announced the release of Gorilla Glass 6, and this time they have said that it’s more durable than its previous models. The company says that the glass will survive up to 15 drops from a one meter height and can be up to two times better than Gorilla Glass 5.

As phones get slimmer and have ever sleeker glass displays, reports have appeared that the slimness may actually cancel out the improvements in new iterations of Gorilla Glass, since thinner glass is weaker glass, even if it’s become stronger. Still Corning argues that sleek edge-to-edge displays have actually led to stronger smartphones. Sometimes, in smartphones of previous years, the bezel would crack first, then leading to a weakness in the glass. 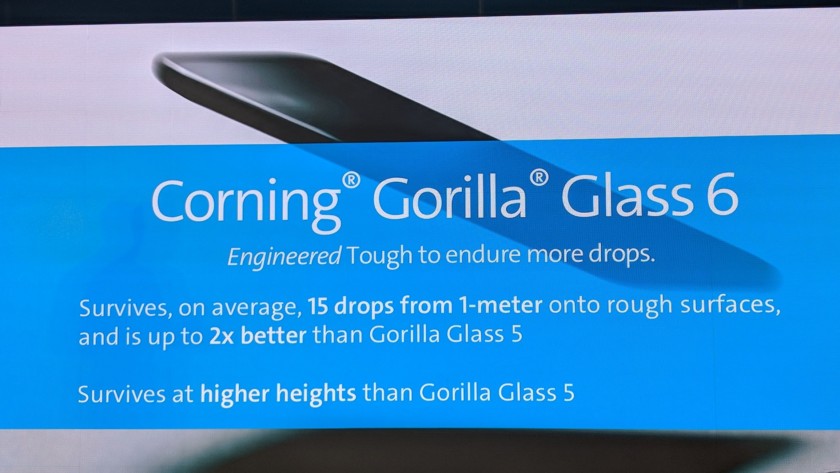 Gorilla Glass 6 is in production now and available to smartphone makers. It’s expected to reach the market in the next several months.