Apple has recently announced that Apple Music is bringing Top 100 charts to its service today, showcasing both country-based charts and the top songs globally. Apple will add 116 charts to the service today for users on iOS 12 beta and macOS Mojave beta, all of which can be found under Top Charts in the Browse section of the app. Rolling Stone first reported the update. 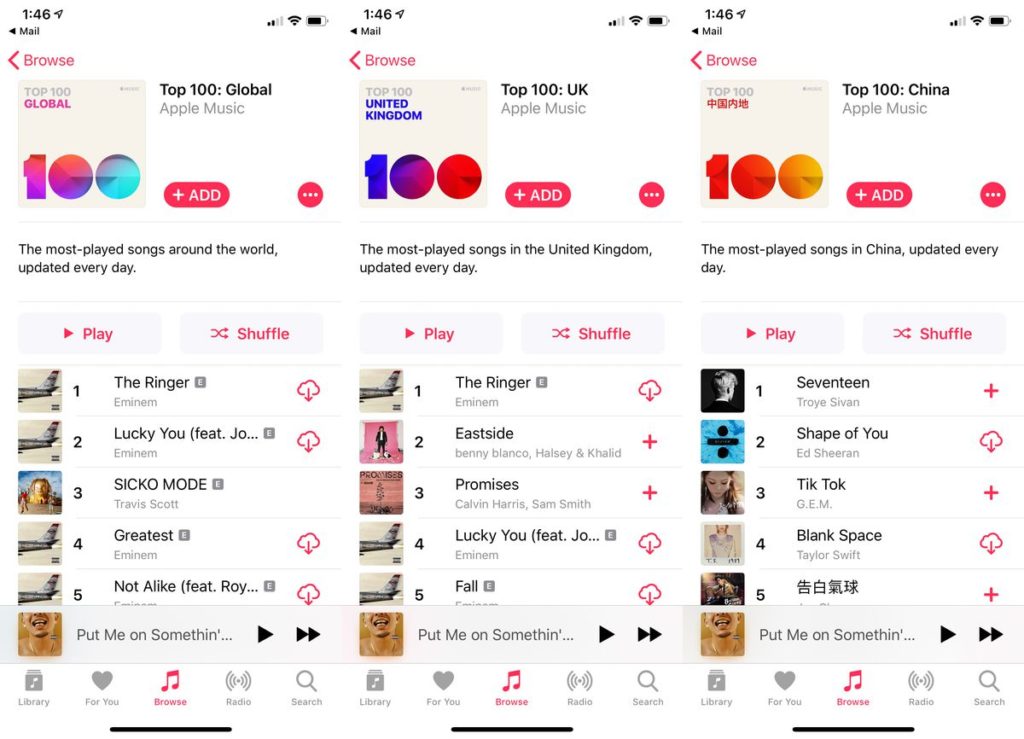 Spotify has offered these types charts for years, while Apple has only offered top charts for singles, albums, playlists, and videos, none of which could be saved to your library or downloaded.

In the countries Apple Music operates in will have charts detailing the most popular songs in that region, but availability to access all of those charts may vary depending on your location, according to Apple. Users will be able to add charts to their libraries, and they can also download them. The Top 100 charts, which are based solely on Apple Music streams, will update daily at 12AM PT.

For android users the company says an upcoming update to the Apple Music app on Android will bring charts to the platform.The Top 100 charts should be rolling out today as part of an update for iOS 12 and macOS Mojave beta testers. There is no better way to say this: Deepika Padukone wants to stop wearing black.