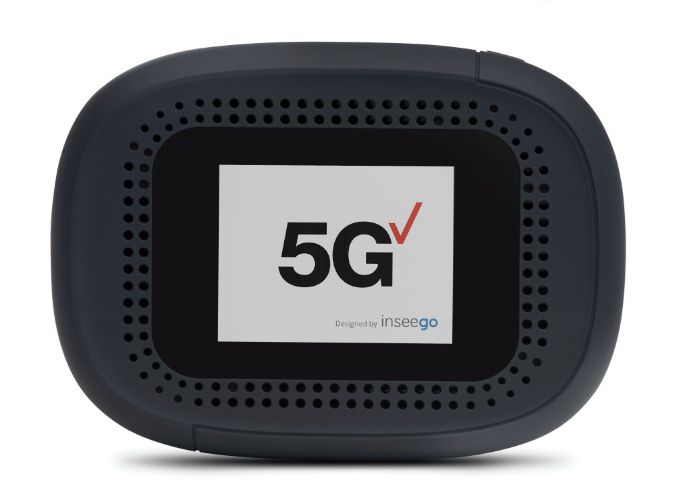 Verizon announced toady that its first 5G hotspot device will be launch in 2019. The hotspot was developed in collaboration with Inseego and utilizes Qualcomm’s Snapdragon 855 chip and Snapdragon X50 5G modem.

Both of the companies plan to showcase the hotspot running on a very small scale deployment of Verizon’s actual 5G NR network in Hawaii at Qualcomm’s technology summit. With the hotspot, they’ll perform “a live virtual reality telemedicine demonstration in partnership with Columbia University” that’s meant to highlight the incredibly low latency delivered by 5G.

Inseego says its device has “achieved more than 2Gbps of speed and sub-10 milliseconds of latency in multiple component carrier aggregation (CA) scenarios,” claiming these tests to be “real-world trial data that marks a major milestone.” Obviously those numbers should be taken with a grain of salt; Verizon isn’t yet on the record about what kind of average data speeds its customers can expect when the carrier’s 5G network goes live.

The hotspot will also offer compatibility with Wi-Fi 6, which is slated to roll out to consumers next year. Inseego says the hotspot device there’s no official name or model number yet, apparently will be available from Verizon in the US and other carriers internationally.