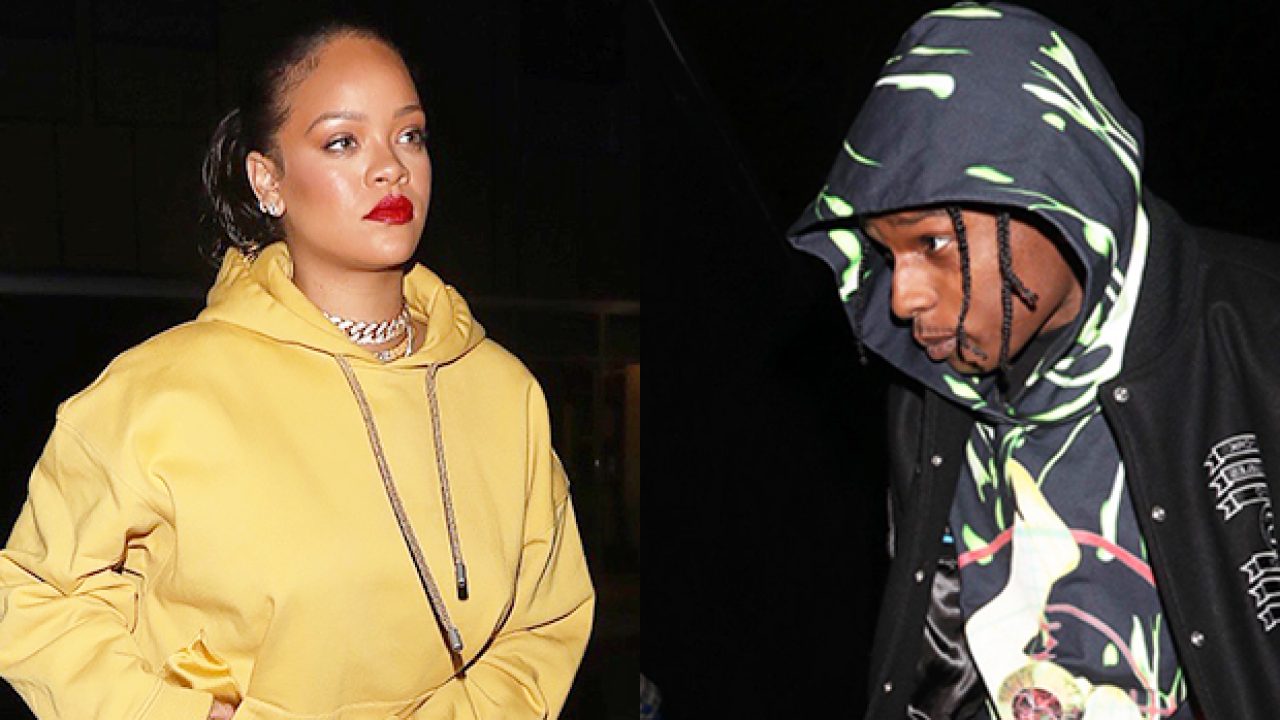 The next time if someone tells you a hoodie is not appropriate for a night out, tell them Rihanna wore one flawlessly. The singer was photographed wearing Fenty’s yellow hoodie-skirt dress while out with her good friend A$AP Rocky. (And they’re just friends,despite dating rumors.)Rihanna wore the dress with sunglasses, stilettos, a chain choker, and an ankle bracelet.

The dress is on sale for $740, but if you’re rich and so inclined. Otherwise, you can just toss a matching hoodie over a slip dress to recreate the vibe. Add heels and bling and you are ready to go out.

Rihanna wore the outfit to West Hollywood’s The Nice Guy on Tuesday morning. She arrived at 1 a.m., and A$AP Rocky arrived at 2.

While the two have been clicked hanging out together since news of Rihanna’s split from billionaire Saudi businessman Hassan Jameel broke in January, that nothing serious is going on.

“Rihanna is single,” the source said definitively. “She just got out of a long intense relationship with Hassan. She wants to be single and isn’t going to jump into something. She’s hanging out with A$AP Rocky, but she is not dating him.” Rihanna and Jameel split after dating for three years.

The two do have a past, the source added, but now, Rihanna isn’t down for anything but a good time. “They have a long history, and she’s just having fun.”