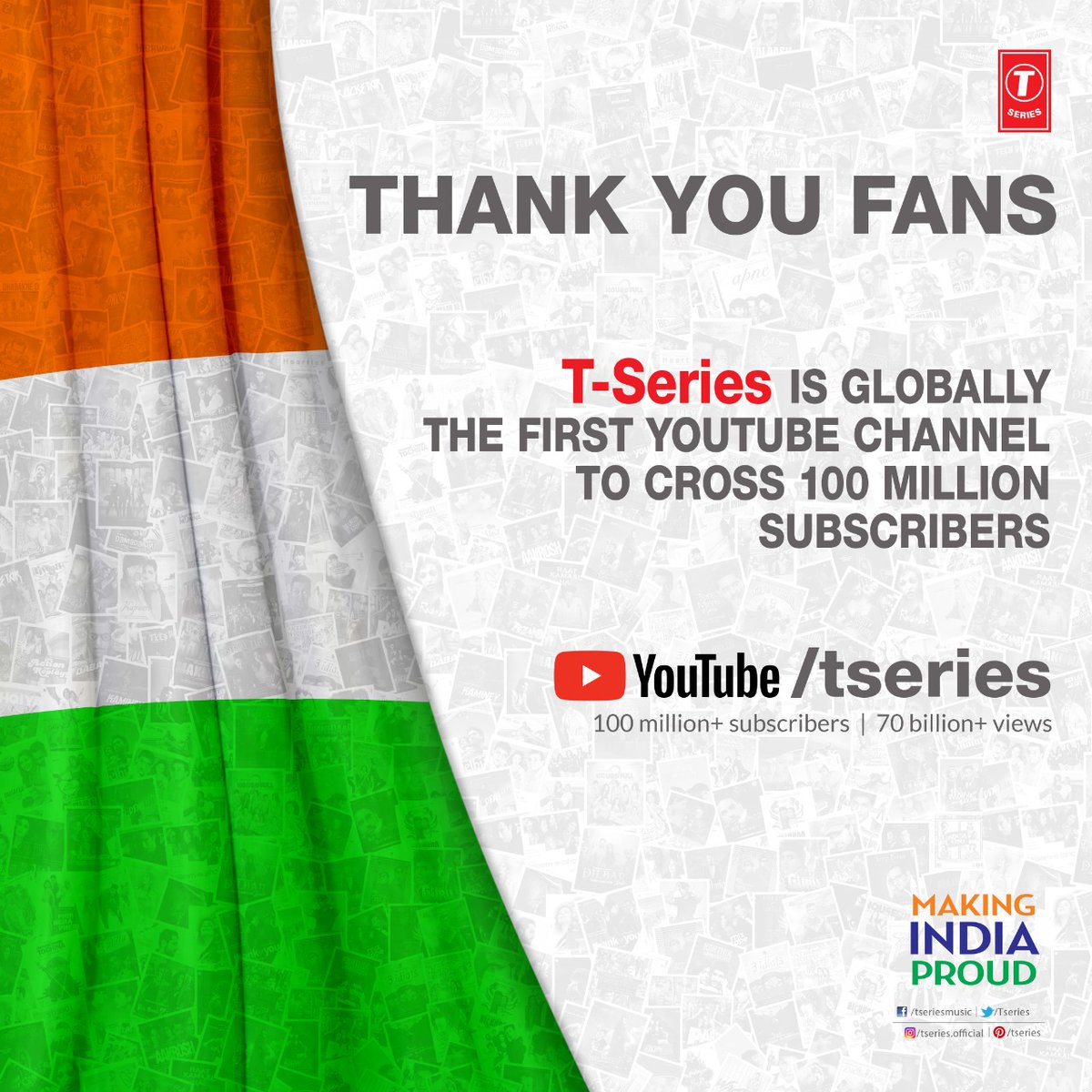 T-Series has become the first YouTube channel to reach more than 100 million subscribers after months of racing to the top.

YouTube congratulated T-Series on Twitter, telling the Bollywood channel to make room on its shelf for a new trophy similar to the Play Buttons the company hands out to channels that reach 1 or 10 million subscribers. T-Series also thanked fans for helping the company reach the milestone. Hitting 100 million subscribers doesn’t necessarily help the channel, but it is a point of pride.

World’s biggest YouTube Channel, T-Series has achieved another YouTube milestone by being the first one to cross an astonishing #100MillionSubscribers.
Thank you for being part of our journey. T-Series – Making India Proud. 🇮🇳@itsBhushanKumar #bharatwinsyoutube pic.twitter.com/s5Haz0bBT4

The milestone comes after a months-long battle with Felix PewDiePie Kjellberg to become the largest channel on YouTube. In the process, both channels grew by tens of millions of subscribers, and the widespread attention gave T-Series global recognition.