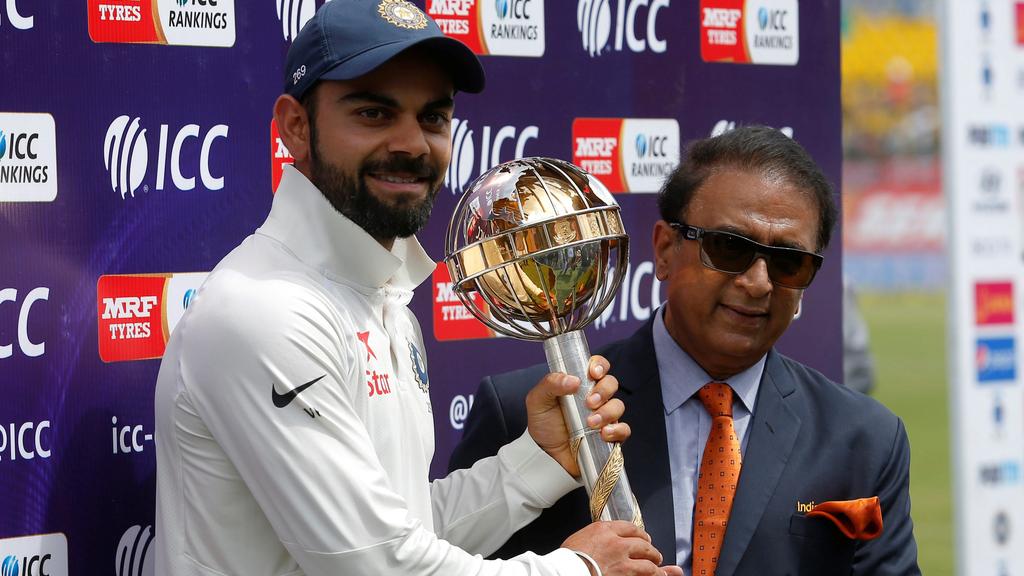 Former India captain Sunil Gavaskar rectly said that Virat Kohli still has a “lot to learn” tactically after their humiliating 1-4 defeat against England in the just concluded five Test series.

“He still has a lot to learn. Like we saw in South Africa earlier and now in England too, there were instances when right field placements or timely bowling changes made by him could have made a big difference. That was missing again. It has just been two years, since he took over as a captain so at times the lack of experience shows,” Gavaskar told India Today.

Gavaskar, however, played down Kohli’s much publicised reaction to a reporter’s query about whether he agreed with coach Ravi Shastri on this being the best travelling team in last 15 years.

While the question asked by the scribe was “justified”, Gavaskar felt may be the timing was wrong.

“That is probably the wrong time to ask him that question. He (Virat) must have been hurting from the defeat. Maybe the reporter was perfectly justified in asking that but I don’t think any skipper would have responded with a “you are right but we are wrong” statement,” he said.

The legendary opener said that one shouldn’t read too much into the incident.

“His team was 1-3 down and maybe he just wanted to end on a high. I don’t think that we should read too much into Virat’s reaction either. It was clear that the skipper was disappointed with what had happened and maybe he responded that way,” the 69-year-old said.

He also thought that chief coach Shastri’s intention was not to insult the teams of yesteryears but only to talk up his own boys.

“To be honest, Ravi Shastri would have said that to lift the morale of the team. I don’t think so that he was trying to rubbish the earlier teams. That wasn’t the coach’s intention I believe,” Gavaskar signed off.