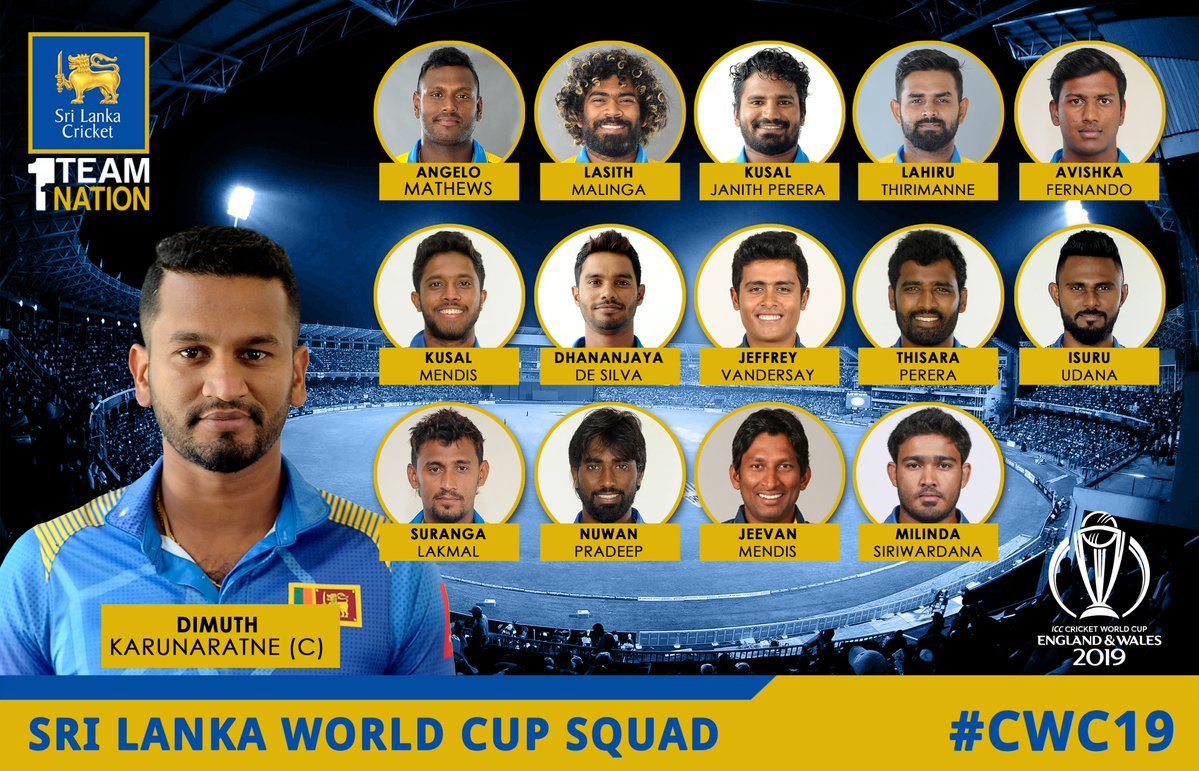 On Thursday Sri Lanka Cricket team announced the names their 15-member squad for the ICC Cricket World Cup which will to be played in England and Wales later this year.

A day before announcing their team, Sri Lanka had appointed Dimuth Karunaratne as the ODI captain to lead the team in the World Cup, starting 30 May.