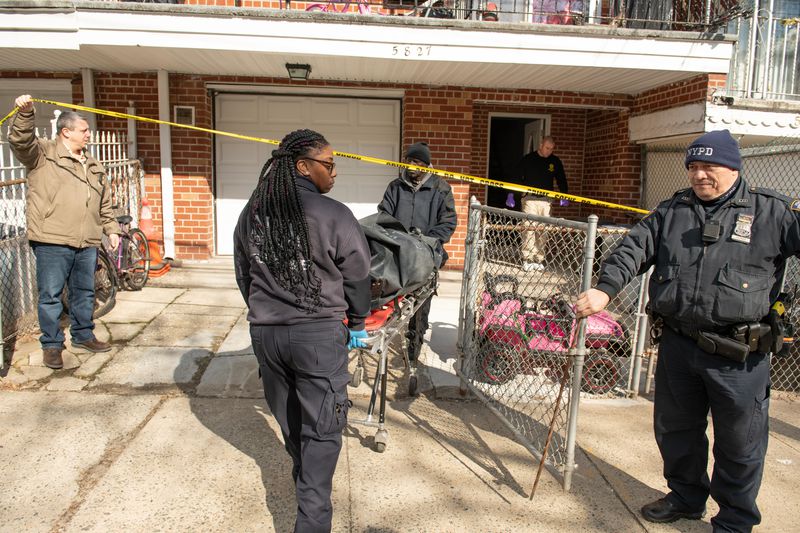 Friends and colleagues can’t believe why social worker Purcell Gowie — who used to spend his days trying to help the homeless — was killed after an argument with teenagers, a few blocks from his East Harlem job.

Purcell Gowie, 43, a Brooklyn resident who worked as a counselor for Services for the Underserved, was shot in the chest outside a storefront church on E. 116th St. and Third Ave. Wednesday evening.

Police said in surveillance footage it was caught Gowie arguing with a group of teenagers moments before the killing — but about what the argument was is a mystery.

“He doesn’t trouble and bother anyone. I’m just trying to figure out why this happened. He’s not that kind of dude to put himself in these types of situations,” said his longtime friend, Paul Mayers, 50.

“He is not on this earth anymore and I am trying to figure out why,” Mayers said, sobbing.

Gowie had a tough upbringing, Mayers said, but he worked hard to become financially stable. He went to college, and was working toward his masters degree in social work at Medgar Evers College.
Mona Broomfield, one of Gowie’s former clients at Services for the Underserved’s office on E. 123rd St. and Third Ave., was shocked by the news of his death.
Violent crimes in New York

Broomfield said Gowie started at the agency two years ago, and counseled her for about a year starting in 2018.

“May he rest in peace, he was mad cool, “ said she. “He was just a really good guy. He was just really helpful and he really tried to help, like from the heart.”