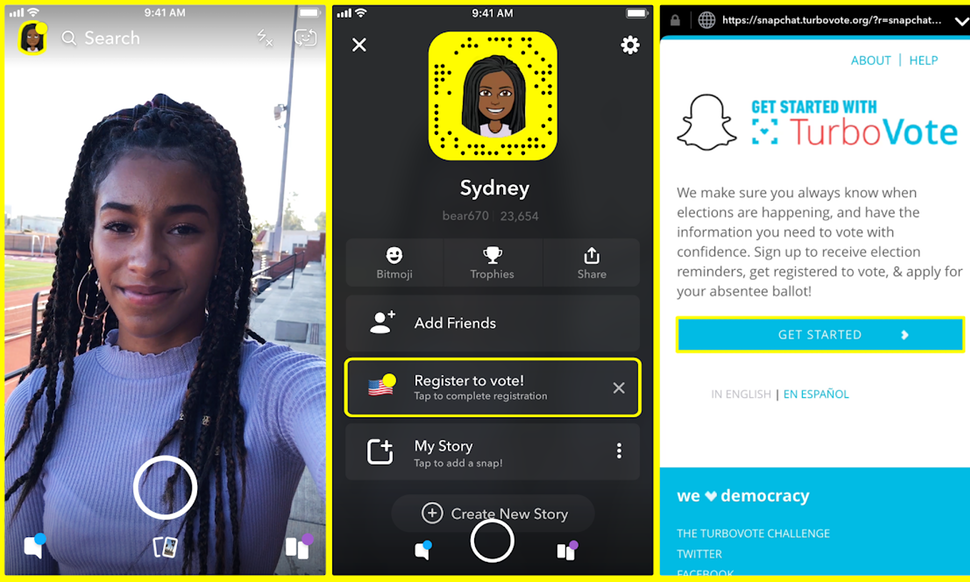 Snapchat is using its app to help and encourage users to register to vote. The functionality will be available to everyone over the age of 18 in the US, who’ll receive a voter registration link from the app. Clicking it will launch a Snapchat-branded TurboVote mobile site where users can register.

As well as generating an in-app alert, Snapchat will also send a Team Snapchat message to the 80 percent of its US users who are of voting age, as well as launching a filter to promote National Voter Registration Day. Relevant news stories will also be linked directly to the registration page, which can be accessed by swiping up.

With 100 million active North American users, Snapchat thinks it has a shot at helping to fix the historically low levels of political participation among young voters. Less than one fifth of 18 to 25 year olds voted in the last midterm elections in 2014.

The move follows a similar initiative from Instagram, which has also recently partnered with TurboVote to promote voter registration through a series of ads, linked to a database of polling locations, and launched an “I Voted” story sticker which will become available on Election Day.

It’s unclear whether Snapchat’s promotional campaign is what’s needed to reverse the trend. Research by The Center for Information & Research on Civic Learning and Engagement suggests that the single biggest reason young people didn’t vote in 2014 was being too busy.

That said, barriers to voter registration appear to play a part. In the same study, 24 percent of respondents said that they either missed the deadline, or didn’t know how or where to register. Snapchat’s initiative has the potential to help on both fronts. 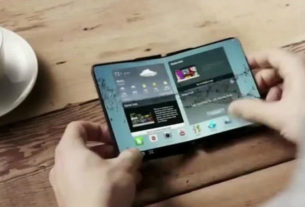 Samsung could reveals foldable Galaxy X at CES in January 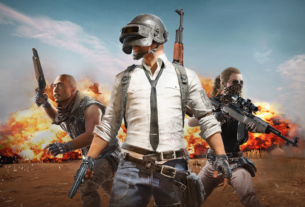 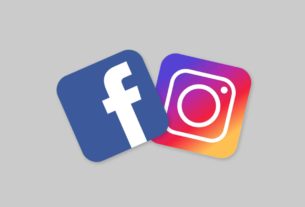