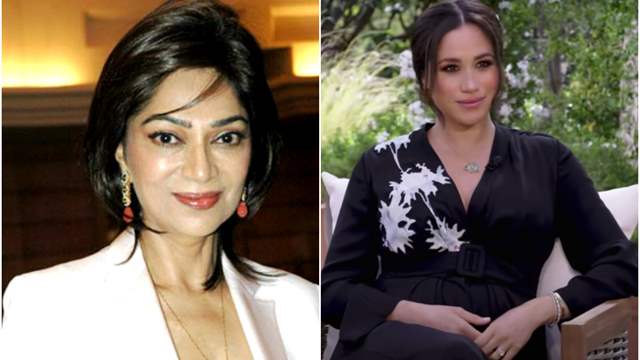 One of the biggest American chat show with the host Oprah Winfrey got viral within few seconds of ongoing air. The whole world was watching on the CBS networks and very keen to know the real face of the Duke and Duchess of Sussex. Celebrities from across the world and netizens appreciated Harry and Meghan for opening up. However, there was someone who didn’t like this very much the viral interview. It was a veteran actor and television host Simi Garewal who lashed out on Meghan over her exclusive interview with Oprah Winfrey. Simi Garewal accused Meghan Markle of playing the victim card, evil, and lying to gain sympathy. “#OprahMeghanHarry I don’t believe a word Meghan says. Not a word. She is lying to make herself a victim. She is using the race card to gain sympathy. Evil,” Simi had tweeted earlier on Monday