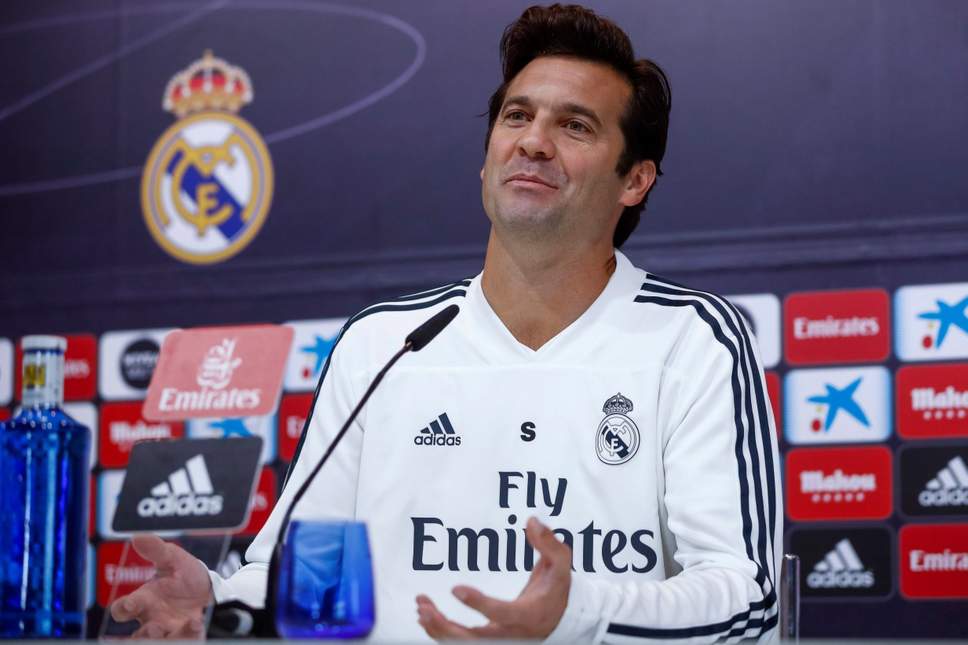 Santiago Solari is trying his best to make Real Madrid fans forget about the search for a new coach. And soon Real Madrid could give it up if it keeps succeeding.

Solari has done well since taking over from Julen Lopetegui, pleasing players and fans, and increasing his chances of taking over the squad permanently. Discussions about Antonio Conte and Roberto Martinez have faded since Solari took control and quickly put Madrid back on track. In his short time in charge, Solari boosted the squad’s confidence and got the victories that had eluded the team.

The former Madrid player arrived with the club in crisis and enduring a run that included five losses in seven matches in all competitions, including a demoralizing 5-1 loss to Barcelona at Camp Nou.

The win over Valladolid with 2-0 on Saturday halted the team’s five-match winless streak in the Spanish league. Madrid had entered the match at the Santiago Bernabeu Stadium having lost four of their last five games in the competition, including three straight. Solari said: “Real Madrid needed the victory. It’s not easy to win when you are going through a difficult moment. Football is all about state of mind, emotions, self confidence.”

In the Argentine’s first game in charge, Madrid routed third division club Melilla 4-0 in the Copa del Rey, scoring the same number of goals that Lopetegui’s team had netted in the seven previous matches.

One of the right moves made by Solari was to give more playing time to Vinicius Junior, the young Brazilian forward who arrived amid high expectations but had been relegated to the “B” team under Lopetegui. Vinicius Junior was the man of the match against Melilla and helped open up the game when Madrid struggled against Valladolid. He came off the bench in the 73rd minute and 10 minutes later scored the team’s opening goal.

“We’ll keep going step by step to try to get back to where we deserve to be,” Vinicius Junior said.

The decision to give more chances to Vinicius Junior was highly popular, helping Solari earn credit with the tough Madrid crowd and further increase his chances of staying on the job.

Solari also didn’t hesitate to use young fullbacks Alvaro Odriozola and Sergio Reguilon in defense while the regular starters were injured. Lopetegui thought differently and often improvised players at the back when needed. The defense improved under the Argentine coach, with two consecutive clean sheets. Madrid had conceded 10 goals in its last seven matches under Lopetegui.

Now, If Solari survives and is still in charge by then, it will mean Madrid’s search for a new coach will likely be over.