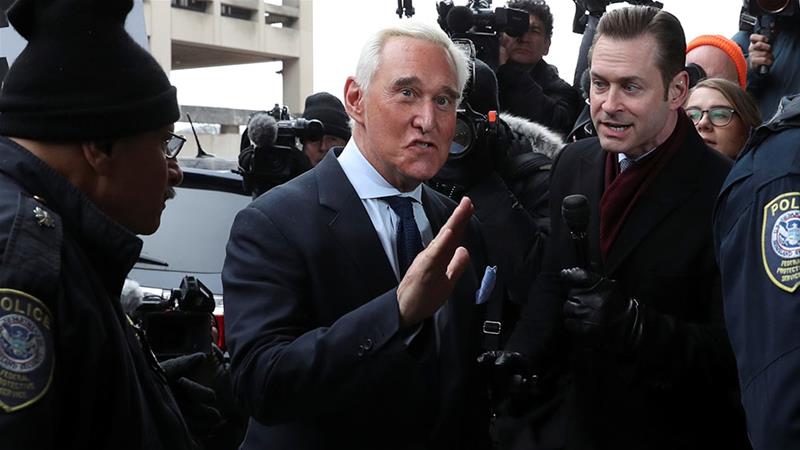 In February, US District Judge Amy Berman Jackson imposed a gag order on Stone, barring him from speaking about his ongoing legal case or the special counsel’s investigation into the Trump campaign. This gag order came shortly after Stone went on a speaking tour across networks like CNN and Fox News after he was indicted by the special counsel.

But just after week after later, Stone posted a photo of Jackson on Instagram with an image of crosshairs near her head. Stone said that the image was part of a logo pictured in the background of the image, and he deleted the post shortly after it was published, recropping it so the target wasn’t visible.

Following the crosshairs incident, Jackson prohibited Stone from posting on social media unless he was asking for his followers to support his legal defense fund or proclaim his innocence, but now, he can no longer post at all.

In October 2017, Stone was suspended from Twitter after targeting CNN personalities Don Lemon and Ana Navarro calling them “covksucker[s]” and “dumbfuck[s].”

After being suspended from Twitter, Stone started posting bizarre portraits and links to merchandise on Facebook properties where he has yet to be banned by the platforms themselves.

According to the reports if Stone continues to post on social media after today, he could be found in contempt of court and face jail time.