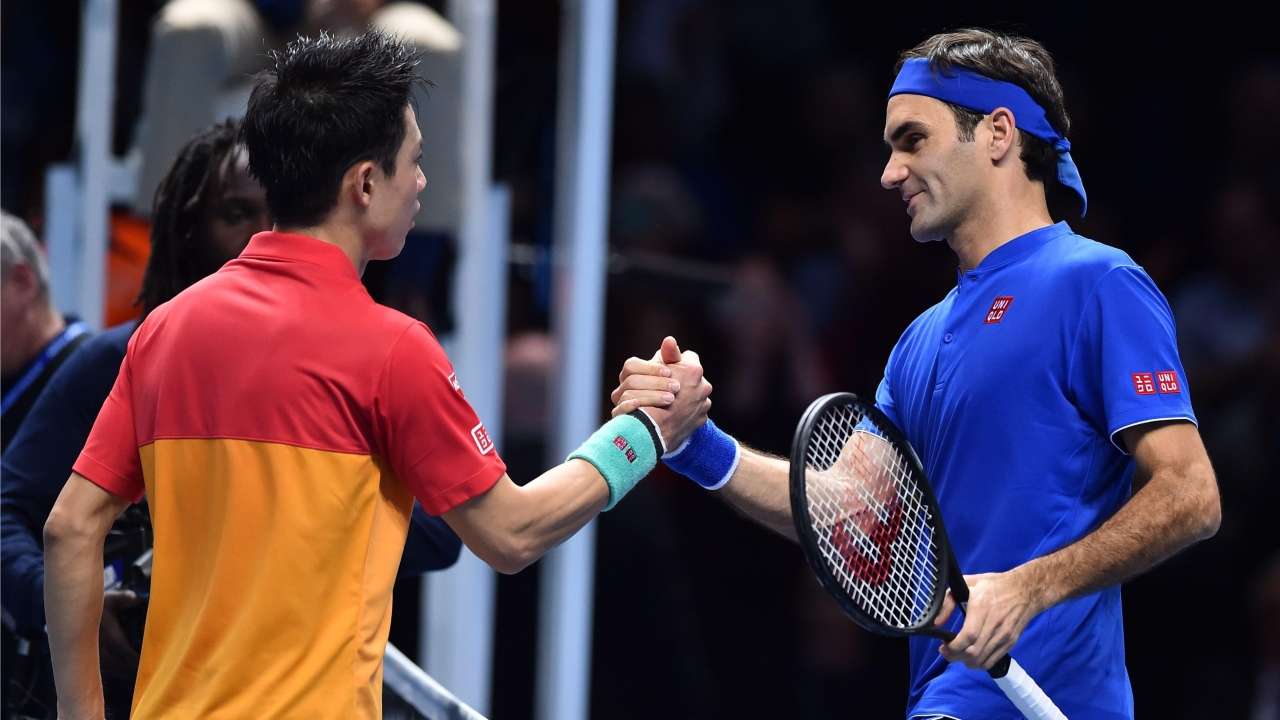 Kei Nishikori beats Roger Federer the 20-time Grand Slam champion earned a code violation before capitulating in a surprise defeat at the ATP Finals on Sunday. Two points away from losing the opening set and on the back foot in a rally, Nishikori hit a stunning shot up the line, which prompted Federer to hit the ball into the crowd and receive a warning for ball abuse.

Federer never appeared to regain his composure and went down 7-6 (4), 6-3 in a first opening match defeat at the season-ending tournament since 2013.

“I thought ‘What was his argument, why the warning.” Federer said of his exchange with the umpire. “But nothing more than that. He thought I was angry. I wasn’t. Now I’m angry because I lost, but I wasn’t, so…”

Federer earned the first break points in the opening game of the second set, and took his chance, but Nishikori hit straight back in the following game. Nishikori was the far more composed player from that moment on and broke for a 4-2 lead, before closing out the match for a first win over Federer since 2014.

“It’s always a big challenge to play Roger,” Nishikori said. “The first match is not easy.”

The Six time champion Roger Federer, reached the semifinals in all but one of his 15 previous appearances at the tournament, will now likely need to win his remaining two round-robin matches to keep alive his chances of claiming the 100th title of his career.

Nishikori’s backhand denied Federer two set points with the score at 6-5, 15-30. A tiebreaker followed and Federer made one of his 20 unforced errors in the set to give Nishikori the first mini-break and a 3-1 lead, which quickly became 6-1.

Federer rallied to save three set points, but Nishikori delivered a well-placed serve out wide to ensure the comeback attempt ended there. However, his concentration deserted him moments later as a double fault gave Federer a break he did little to earn. But the Swiss responded in kind and a wild forehand error leveled the score at 1-1.

“Unfortunately I couldn’t keep the lead that I got early. That was the key of the match, that sort of 10-minute swing at the end of the first through to maybe 1-1 in the second.” said Federer.