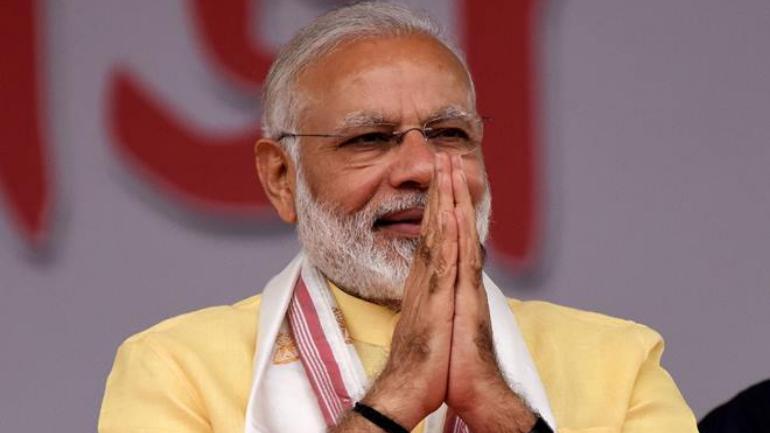 The people’s mandate in 2019 has been for a New India said Modi, thanking the citizens of the country for their vote.

Terming the results the biggest event in history of democracy, he said that the world would recognise it as so.

He further said that this time around, no political party could wear the garb of secularism to mislead the people.

“Between 2014 and 2019, the torchbearers of secularism stopped speaking. This time in the elections too, no party could wear the garb of secularism to mislead the people.”

Thanking the party workers for their support, Shah said it was reflection of their hard work and dedication.

“I can say with confidence that in many constituencies across the country, the public has given us more than 50% votes.”

Also slamming the united opposition, in particular Chandrababu Naidu, Shah further said: “Some people made trips across the country to make an alliance, despite exit polls predicting a BJP victory. If only Chandrababu Naidu had put in as much effort in getting votes, he would have made an impact in his state.”

While PM Modi has won for the second time in Varanasi, party chief Amit Shah’s entry in the Lok Sabha too appears likely, with him leading by over 5 lakh votes in Gujarat’s Gandhinagar constituency.

The party top brass had reportedly informed its workers earlier in the day to reach headquarters by 24 May to celebrate its victory.