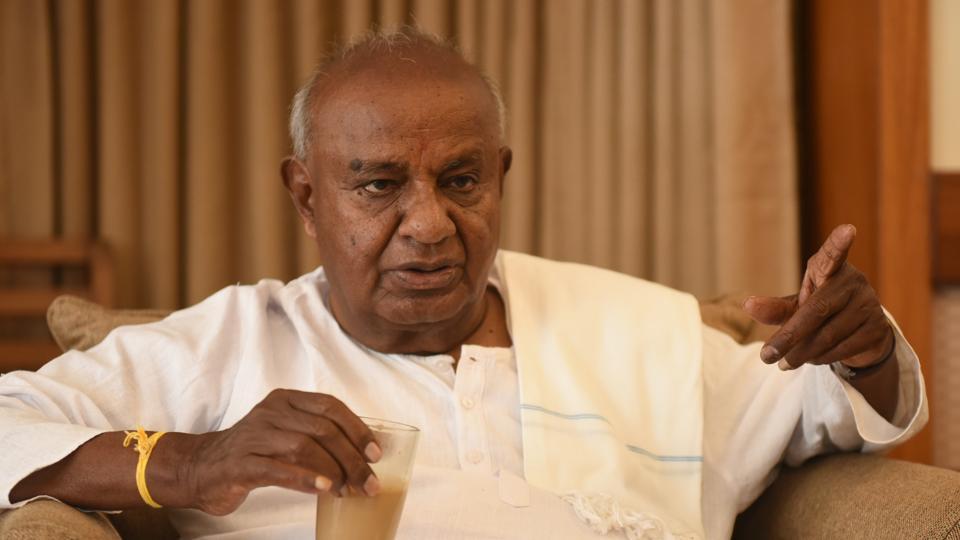 “Modi has the idea, to make this entire country a Hindu Rashtra. Am I not a Hindu? Am I a Muslim or Christian or Buddhist? We take all religions into confidence,” the former Prime Minister was quoted by new agency PTI as saying.

Mr Gowda was speaking to the media in Hassan, where his grandson Prajwal Revanna is the party candidate for the national election.

He called the April 11 election a test to examine if the country agreed with the BJP’s ideology.

“… you (BJP) may have your ideas, if 130 crore people of Hindustan agree with the idea, let that test also happen during this election,” he added.

Mr Gowda’s party is contesting the Lok Sabha election in alliance with the Congress. The party has got seven seats, while its ally is contesting in 21 seats, as per the seat-sharing arrangement.

His comment comes a day after PM Modi attacked Mr Gowda’s ally, Congress chief Rahul Gandhi, on his decision to contest the national election in Kerala. Referring to Mr Gandhi, the PM said the leaders of the Congress were scared of contesting from constituencies dominated by Hindu population.

“The Congress insulted Hindus. People have decided to punish it in the election. Leaders of that party are now scared of contesting from constituencies dominated by majority (Hindu) population. That is why they are forced to take refuge in places where the majority is in a minority,” PM Modi said in Maharashtra.

Mr Gandhi, who is contesting from another seat in Uttar Pradesh, responded to the PM’s accusation, challenging him to a debate on national security, corruption and foreign policy. “South India feels hostility from Narendra Modi; I wanted to send message, that I am standing with you,” he said.