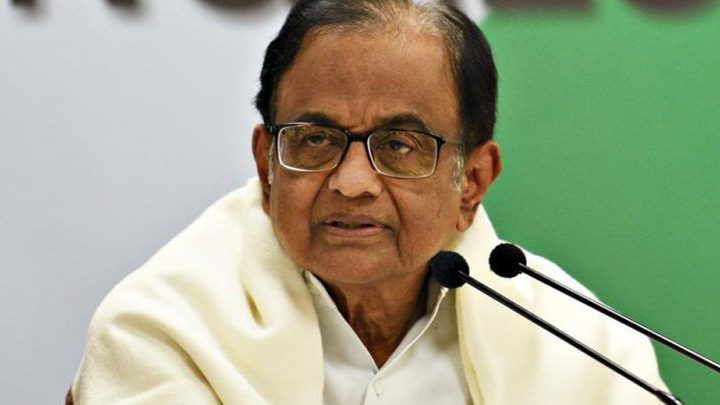 Former Finance Minister P Chidambaram, who was arrested by the CBI Wednesday night from his residence in connection with INX media corruption case will be produced to the court today. CBI has requested for five days custody for his interrogation, claiming that he is not cooperating with the investigation.

After his arrest, doctors from the Ram Manohar Lohia Hospital conducted medical examination on him at the CBI headquarters, sources said. Chidambaram has been kept in the suit No.3 of the CBI Guest House on the ground floor of the agency headquarters, they said.

Chidambaram will be produced before the court today, where the agency will seek his remand.

Mr Chidambaram is accused of facilitating foreign investment into a television company, INX Media, in 2007, when he was Finance Minister, at the instance of his son Karti Chidambaram, who allegedly received kickbacks. Sources say he will be confronted with files of the Foreign Investment Promotion Board, which Mr Chidambaram headed as minister.

Mr Chidambaram and his son were named by INX co-founders Peter and Indrani Mukerjea, who are currently in jail in connection with the murder of Indrani Mukerjea’s daughter Sheena Bora. Mr Chidambaram has denied the allegations, saying the case is a political witch-hunt by the BJP-led government.

Karti Chidambaram arrived in Delhi this morning and told reporters at the airport: “They don’t have a case. My father’s arrest is an attempt to silence the most vocal critic of the government.”

Mr Chidambaram was arrested 90 minutes after he made a surprise appearance at a Congress press conference. All day, his lawyers and Congress colleagues Kapil Sibal and Abhishek Manu Singhvi had tried without luck to get the Supreme Court to urgently hear his petition for interim protection from arrest. The court decided to take up the petition on Friday.

“I was aghast that I was accused of hiding from the law…On the contrary, I was engaged in the pursuit of justice,” said Mr Chidambaram.

“Between now and Friday I shall walk with a clear conscience and my head held high. I shall respect the law, even if it is applied with an unequal hand by investigating agencies,” the Congress leader read out from a statement.