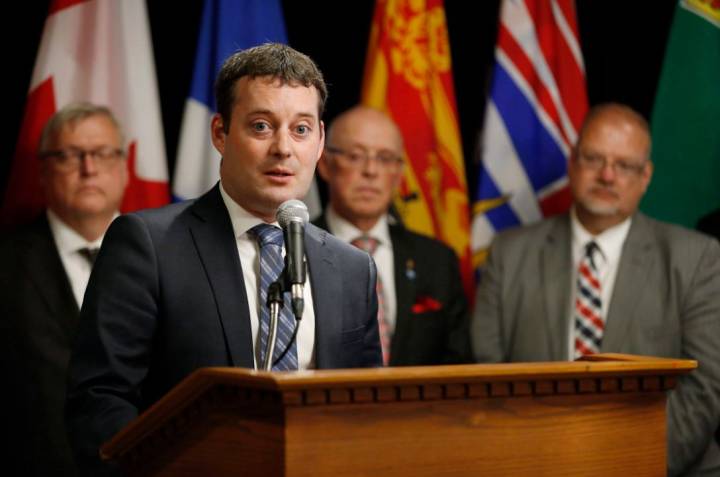 Nova Scotia would become the first jurisdiction in North America to adopt presumed consent around organ donation under proposed legislation.

Under the Human Organ and Tissue Donation Act, all people in the province would be considered organ donors unless they opt out.

Under the legislation, families will continue to be consulted about their loved ones’ wishes regarding organ or tissue donation.

Premier Stephen McNeil said the bill fills a need within the province, noting Nova Scotia has some of the highest per capital rates of willing donors in the country.

“That doesn’t always translate into the actual act of giving,” he said.

“We know that there are many ways that we can continue to improve the system that we have.”

McNeil says the goal is to ensure there are more potential organ donors in order to save lives.

McNeil pledged to put the necessary services in place to allow the province’s donor program to live up to the promise of the legislation.

“We know that in many parts of our province including the one I live in, which is a rural part of Nova Scotia we have work to do,” he said.

“I will make sure that the work that is required to build the system and supports around this will happen.”

The bill will not be proclaimed right away.

Those under 19 and people without decision-making capacity would be exempt, and would only be considered as donors if a parent, guardian or alternate decision-maker opts them in.

Health Minister Randy Delorey said government officials would spend 12-18 months educating the public about the change and working on getting health-care workers the support they need to enhance the program.

Even with the change, Delorey said, people should continue making their wishes known to loved ones, so there can be no question about intentions.