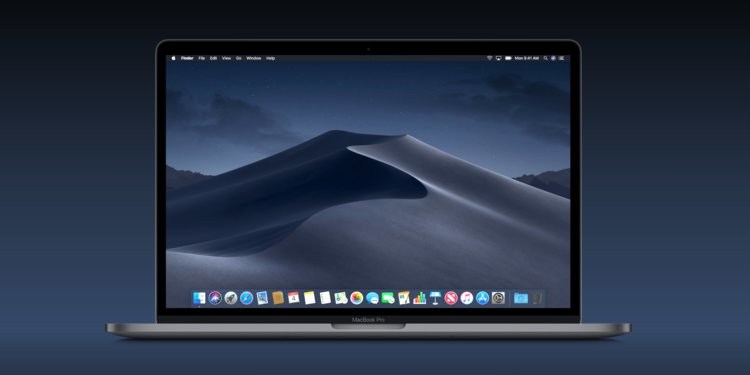 Microsoft is recently working on a new dark mode option for its Office apps on macOS Mojave. Microsoft Office product manager Akshay Bakshi revealed about the new option on Twitter this week, hinting that Office testers will get access to this as soon as next week. The new dark mode for Office will compliment Apple’s general dark mode in macOS Mojave, but it will likely be limited to Office 365 subscribers.

Once the testing is over with Office 365 testers, it will be broadly available for Office users that subscribe to Microsoft’s Office service. While Office 2019 for Mac launched recently, Microsoft is still pushing new features to its Office 365 subscription before any product updates to these standalone licensed apps. 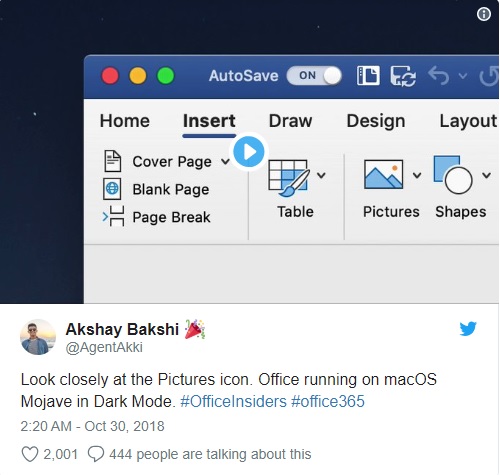 Now, Microsoft’s dark mode update for Office on Mac follows similar dark mode changes for both Outlook and Windows 10. Microsoft introduced a File Explorer dark mode with its latest Windows 10 October 2018 Update, and has been slowly tweaking its Windows 10 UI over the past year.