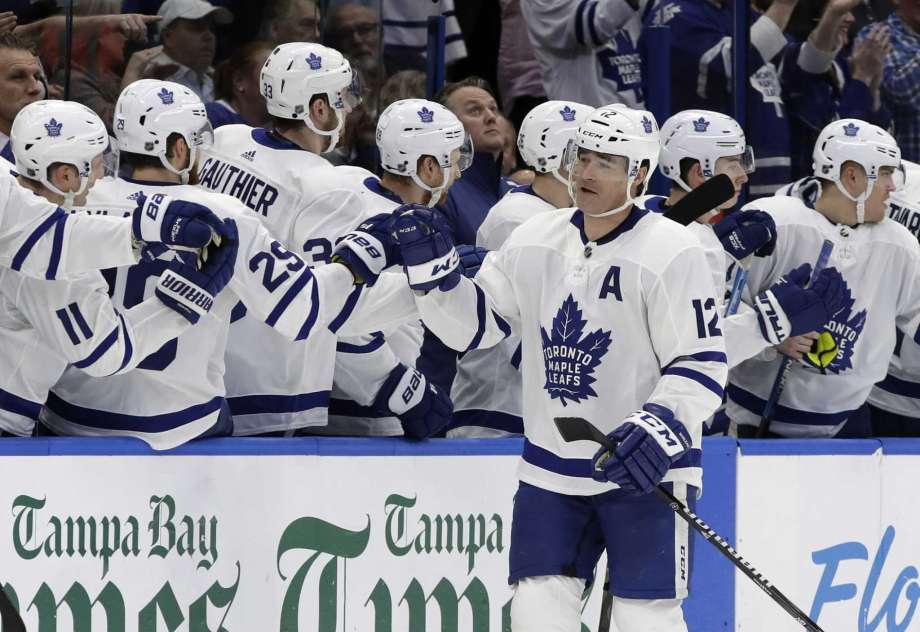 Mitch Marner scored a go ahead goal late in the second period, Nazem Kadri and Patrick Marleau each had a goal and an assist, and the Maple Leafs beat the Lightning 4-2 on Thursday night.

“I think we embrace the challenge of playing against the best, and I think we’ve proved time and time again even though there’s tough parts to the season we compete with the best,” Kadri said. “I think that’s an important note to take out of this game.”

Frederik Andersen stopped 36 shots and Zach Hyman added an empty-netter for the Maple Leafs, who had lost five of seven.

Tampa Bay got goals from Brayden Point and Victor Hedman, and Andrei Vasilevskiy made 27 saves. Nikita Kucherov, the NHL points leader with 76, had an assist after two straight games without a point.

The Lightning have a 14-point lead in the Atlantic Division over Toronto. Tampa Bay’s nine-game home winning streak ended.

Lightning coach Jon Cooper said “We had our chances, they had their chances. We had some good looks.”

Toronto took a 3-2 lead with 5:11 left in the second when Andreas Johnsson made a nifty backhand pass from behind the net to John Tavares, who sent the puck through the crease to a wide-open Marner.

The center is also the first Maple Leafs player to begin his NHL career with three consecutive 60-point seasons.