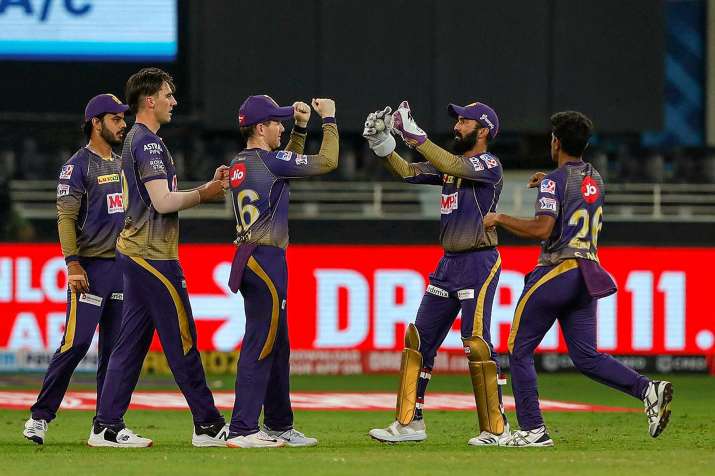 Kamlesh Nagarkoti took down Robin Uthappa and Riyan Parag in the same over. Mavi had dismissed the in-form Sanju Samson and the dangerous Jos Buttler.

Dinesh Karthik did not get going and edged one to Jos Buttler behind the stumps in Jofra Archer’s over. Shubman Gill and Nitish Rana, earlier built a good partnership but were dismissed in quick succession.