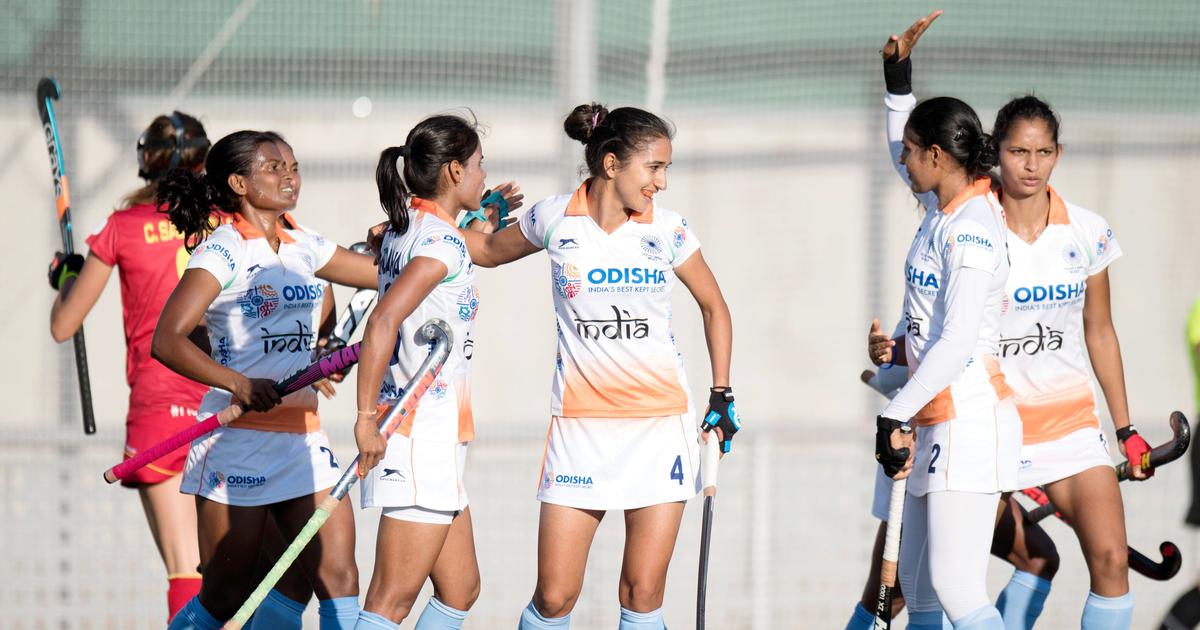 The Indian women’s hockey defeated the World Cup bronze medal winners Spain by 5-2 in its third match on Tuesday.

Now India have managed to level the series at 1-1. After having lost the tour opener 2-3, India held Spain to a 1-1 draw in the second game.

Spain scored the first goal in the seventh minute through Berta Bonastre. But the Indian team made a quick recovery with striker Lalremsiami’s fine goal in the 17th minute and then struck again four minutes later through Neha to take a 2-1 lead.

Navneet struck a splendid third goal for India in the 32nd minute.

Though Bonastre scored her second goal of the match in the 35th minute to narrow down India’s lead to 3-2, the visitors kept their nose ahead with strikes at the right time.

Skipper Rani found the net in the 51st minute and then young striker Lalremsiami scored her second goal of the day just two minutes from full time to hand India a convincing 5-2 victory.

India’s chief coach Sjoerd Marijne said: “I am pleased with the performance. We are working to be more steady in our performance and we are improving match-by-match. This is a process and we need to keep repeating such performances to grow further.”

“I am giving constant feedback on individual performances and behaviours. Overall, we are progressing well and beating a World Cup medal winning side in its home ground is a big confidence boost for this young team,” he added.

India will play their fourth match against Spain on Thursday.