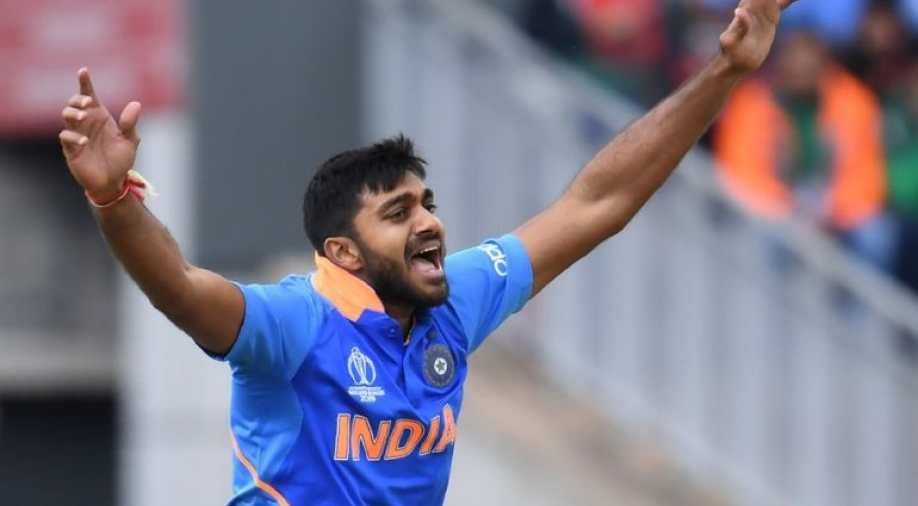 Indian cricketer Vijay Shankar has reportedly been ruled out of the ongoing World Cup due to a toe injury and is likely to be replaced by Mayank Agarwal.

“Vijay got hit on the toe by a Jasprit Bumrah delivery once again. His situation is not great and he won’t be able to take part in the tournament. He is going back home,” a senior BCCI official told PTI.

“The Indian team management is likely to ask for Mayank Agarwal as replacement since he is an opener and also it might give KL Rahul a chance to get back to the No.4 position in case Rishabh Pant fails in the next two games,” the source added.

Virat Kohli had informed at the toss during the England game on Sunday that the all-rounder had a toe niggle and the signs weren’t too good.

“Vijay Shankar has a toe niggle, Rishabh Pant is in. He brings in a lot of fearlessness. Once he gets to 20, then he’s unstoppable,” Kohli had said.

During a speech Kohli also praised Vijay and said: “So you can’t really sit down and pinpoint things. But I personally felt that he (Vijay) looked really solid. There’s not much that needs to be tinkered with. Sometimes in cricket you just need a bit of luck to get over from 30 to 60, and then you play a defining knock for the team. He’s very close to that, and we’re very confident that he’s going to end up playing that kind of knock for us.”