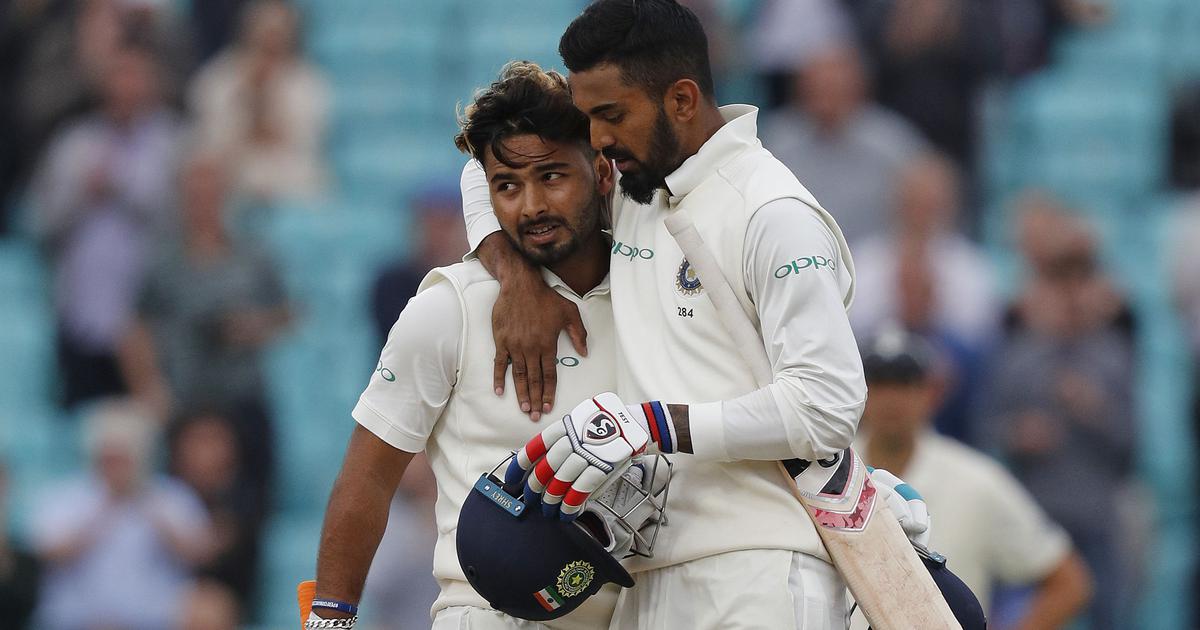 Lokesh Rahul and Rishabh Pant’s awesome performance and effort were lost as England defeated India by 118 runs in the fifth and final Test to clinch the series 4-1 at the Oval on Tuesday.

With India chasing a massive 463-run target, the last day of the series saw a bit of drama though as centuries by Rahul and Pant gave India a slim hope of clinching, or at least saving, the Test.

Rahul scored 149 runs before a spectacular delivery by England spinner Moeen Ali ended his resistance. Pant, who scored 114, gave him excellent support from the other end as the duo built up a partnership of 204 runs to frustrate the England bowlers for a long time.

Their sixth-wicket stand in fact is India’s only second 200-run partnership in the 4th innings in Test cricket. The highest is the 213 made by Sunil Gavaskar and Chetan Chauhan at the Oval in 1979.

This was incidentally the first ever hundred by an Indian keeper on English soil, surpassing the previous best of 92 by MS Dhoni. Also at 20, Pant also became the youngest wicket-keeper in the world to have reached the three-figure mark in Tests in England.

Starting from 58/3, Rahul and his fourth-wicket partner Ajinkya Rahane looked to play for time. Thanks to the heavy roller, the wicket wasn’t doing too much again as in the first four morning sessions. Despite a few plays and misses, the duo was able to see off the first hour of play without any trouble, adding 39 runs. Rahul reached 50 off 57 balls.

Growing in confidence, they started playing a few more shots, especially against Moeen Ali. Rahul survived a hairy moment in the 32nd over, when an lbw shout via DRS review was turned down.

They took India past 150 in the 41st over with their 100-partnership coming off 179 balls, thus raising vision of a fighting draw in overcast and gloomy conditions.

Rahul reached his hundred off 118 balls and put on 46 runs off 50 balls with Pant, as they staved off England despite their double blows.

The stand out shots from Rahul were a slapped six over extra cover and a boundary through mid-on off Stokes’ bowling.

The celebrations were predictably muted as he only kissed the crest of his helmet and acknowledged the ovation from the Indian dressing room.

The Bangalore batsman then went on to lose his wicket to Adil Rashid, one run short of 150. However, his 149 also helped him make a little history, he now holds India’s second-highest score by a batsman in the fourth Innings of a Test.