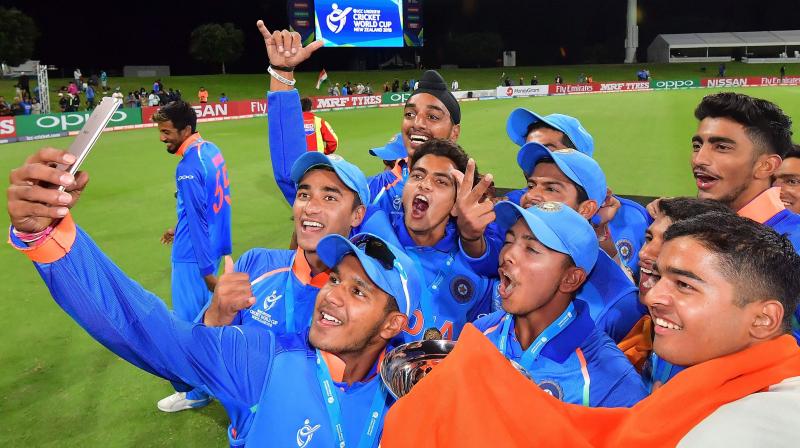 India recorded a 227-run win over the UAE in the U-19 Asia Cup in Savar at Bangladesh on Sunday, with openers Anuj Rawat and Devdut Padikkal hitting centuries and spinner Siddarth Desai picking up six wickets.

Opting to bat, India were served well by a 205-run opening partnership between Rawat and Padikkal. Skipper Pawan Shah, Sameer Choudhary and Ayush Badoni made quick runs to power India to a formidable 354 for six in 50 overs.

Choudhary knocked off his runs in just 19 balls, while Badoni was quicker. During their chase, UAE lost wickets at regular intervals and were never in contention for challenging India’s total.

Barring a third-wicket stand of 53 runs between Ali Mirza and Figy John, there wasn’t a contribution worth mentioning. India’s left-arm spin bowler Desai returned impressive figures of six for 24 in 8.5 overs. UAE were bowled out for 133 in 33.5 overs.

India also defeated Nepal by 171 runs in a Group A game on Saturday.