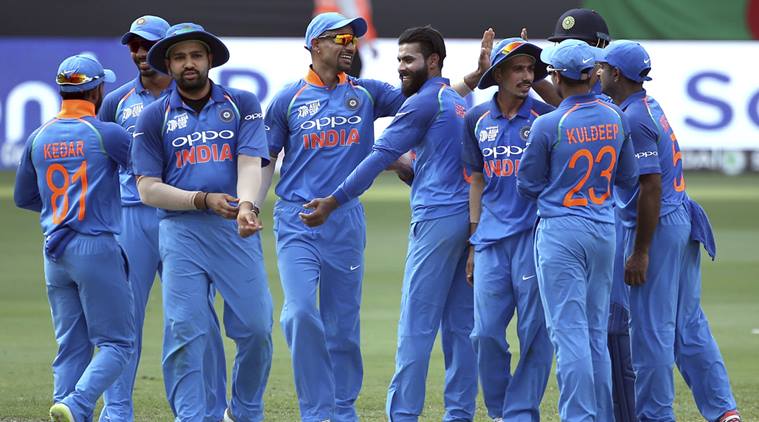 Rohit Sharma and Shikhar Dhawan hit centuries as India thrashed rival Pakistan by nine wickets in the Super Four stage of the Asia Cup on Sunday. India scored 238-1 in 39.3 overs in reply to Pakistan’s target of 237-7.

It was India’s largest ODI victory margin in terms of wickets against Pakistan, surpassing its previous best of eight wickets in the group stage of the same tournament and on five other occasions.

Batting first after winning the toss at the Dubai International Stadium, Pakistan’s total rarely looked like posing any challenge for India.

“We asked something like this from the boys and they delivered,” said Sharma. “Our bowlers have just been outstanding. The most important thing here is to bat as long as possible because it can become difficult for the new batsman coming in. We did exactly that.”

Sharma was 111 not out off 119 balls at the end, while Dhawan scored 114 in 100 before he was run out. Dhawan made his second century of the tournament and the 15th of his ODI career, while his captain Sharma scored his 19th ODI ton.

Pakistan loose the chances of dropping Sharma twice once on 14 with the Indian total on 29 and then when he was on 81 and he took full advantage of the reprieves. His innings included seven fours and four sixes.

India is now almost assured a place in the final on Friday. It will take on Afghanistan on Tuesday in its last Super Four stage match, while Pakistan will have to beat Bangladesh in Abu Dhabi on Wednesday.

Earlier Sunday, Pakistan managed a much better effort than its 162 in the group stage against India.

Pakistan’s innings was built around Shoaib Malik’s defiant knock of 78 in 90 balls and his 107-run partnership for the fourth wicket with captain Sarfraz Ahmed.

Jasprit Bumrah took 2-29 in 10 overs as he stifled the Pakistan batsmen. Pakistan went from 193-4 in 42 overs but could add only 44 runs in the last eight overs.

“We had our chances, but we did not hold on to the catches,” said Pakistan coach Mickey Arthur. “These boys can catch 150 balls during nets, but it could be a case of lacking confidence on the field.”

Both teams won their opening Super Four stage matches. India was dominant in its comprehensive seven-wicket win over Bangladesh, while Pakistan triumphed over Afghanistan with just three balls to spare.