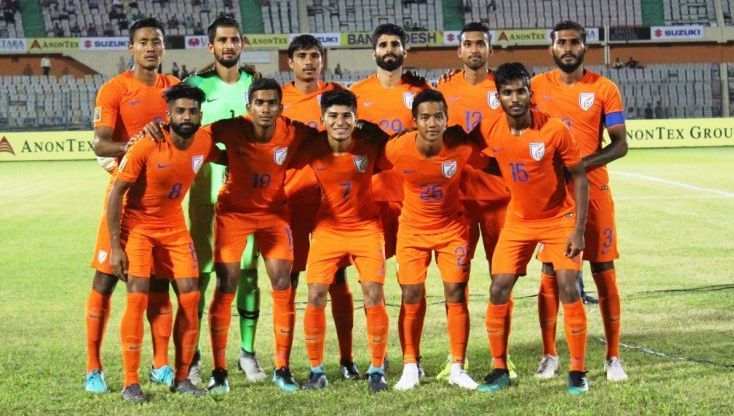 India showed a great match and beat Maldives 2-0 and book a semi-final spot in the South Asian Football Federation Cup on Sunday, 9 September. Maiden international goals from Nikhil Poojary and Manvir Singh helped India defeat Maldives and finish on top of Group B with six points. And now India will now play against Pakistan in the semi-final on 12 September.

Nikhil could have scored the opener in the 11th minute itself but despite getting all the power behind his header off a Anirudh Thapa cross, it sailed over the Maldives crossbar.

Nikhil and Lallianzuala Chhangte were constantly swapping positions on the wings and that stretched the rival defence.

India eventually surged ahead in the 36th minute. After playing a one-two with Farukh Choudhary, Nikhil pounced on a loose ball and sent it past the rival side goalkeeper Mohamed Faisal. 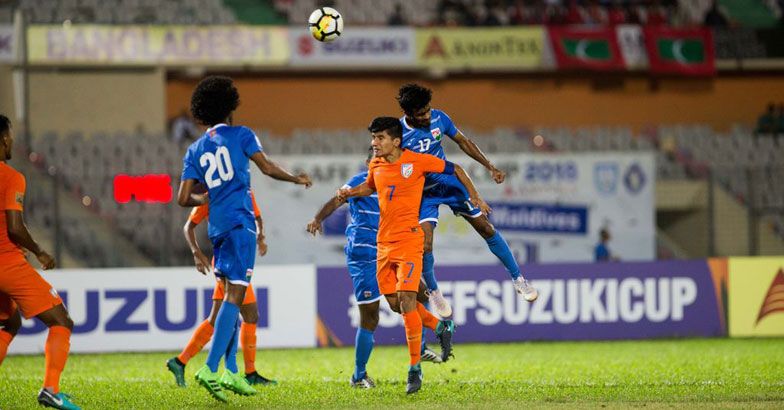 Manvir doubled the lead at the stroke of half time. Thapa, a bit off-balanced with a rival midfielder shadowing him, managed to essay a gem of a pass for Manvir who sidestepped the onrushing Faisal and slotted it home.

Changing over, Nikhil stayed a constant threat to the Maldives defence. In the 64th minute, a cross from him down the right was thwarted by an acrobatic Faisal.

Maldives, meanwhile, continued to look to reduce the margin and had not Jerry Lalrinzuala intercepted in time in the 73rd minute, they could have had a shot at the Indian goal.

The Indian defenders did not give Maldives players much space to manoeuvre.

In the 78th minute, an alert Indian goalkeeper Vishal Kaith was quick to come off his line outside the box to make a timely clearance.

Kaith’s reflexes allowed India to maintain a clean slate with the lanky custodian coming up with a couple of saves in the last five minutes.