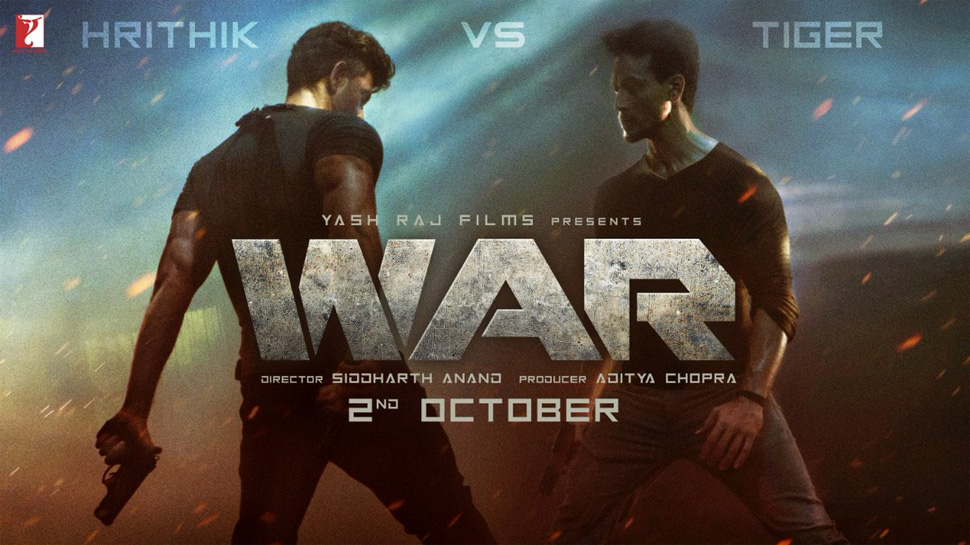 Hrithik Roshan and Tiger Shroff starrer movie, War, is finally out. The movie also stars Vaani Kapoor. The teaser of the movie was released which show us a glimpse in which Tiger and Hrithik were seen doing some incredible stunts and fighting each other.

The trailer starts with a news that agent Hrithik Roshan aka Kabir have gone rogue and is fighting against his nation. There are orders to kill him, but the bigger question is – who is going to locate him. Tiger Shroff, who has been brought on board for the mission. Then begin the chase between Hrithik and Tiger. The trailer shows some mind blowing stunts and amazing fight between the two. Later in trailer we can also sense a camaraderie between the duo.

Director Siddharth Anand told IANS “When you bring two of the best action superstars of India in one film and pit them against each other, you need a title that justifies the promise of a massive showdown. Hrithik and Tiger will be seen going at each other ferociously, and audiences will want to see who takes the cake in this incredible fight.”

War is all set to release on 2 October.