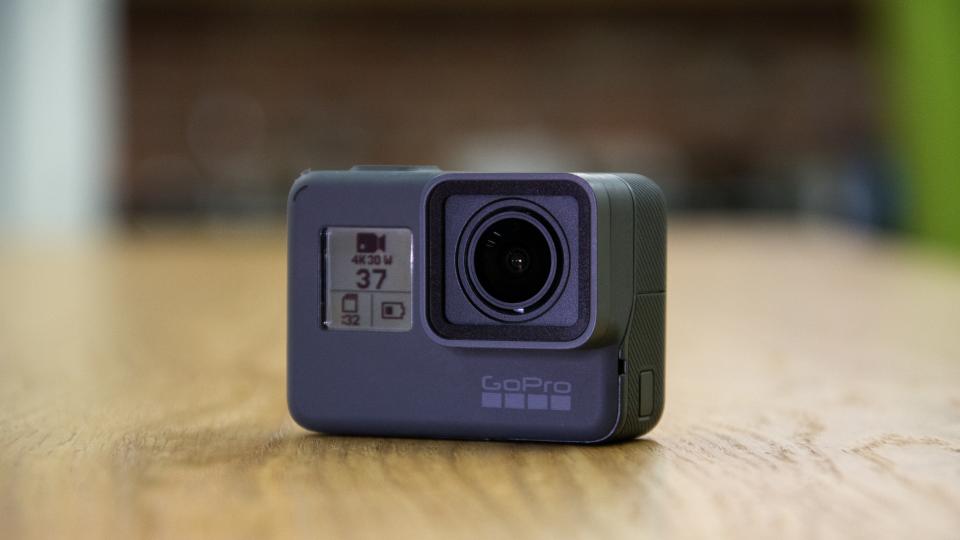 B&H Photo has spread some light on the new GoPro Hero7 lineup the top-end Hero7 Black, the mid-range Hero7 Silver, and the Hero7 White entry-level camera.

Hero7 Black is the flagship action camera with the ability to stream live video. Its 12 megapixel sensor can shoot 4K video at 60 frames per second with GoPro’s “HyperSmooth” digital image stabilization, which the company claims is “gimbal-like” in its ability to compensate for camera shake. Hero7 Black can shoot at a maximum 4K bitrate of 78Mbps. It can also record in 2.7K at 120fps, or 1080p super slow motion at 240fps. It supports raw photo capture, and stereo or raw audio. Better yet, the Hero7 Black can be fitted with an optional adapter for use with an external mic to grab better sound.

Only the Hero7 Black features a removable battery. All the models are waterproof up to a depth of 33 feet without a housing and feature a two-inch touchscreen, time-lapse, voice control, and a vertical capture mode for sharing to social media sites that eschew the landscape format.

Now B&H isn’t giving us pricing or availability. But we except to hear more on both of those fronts soon.