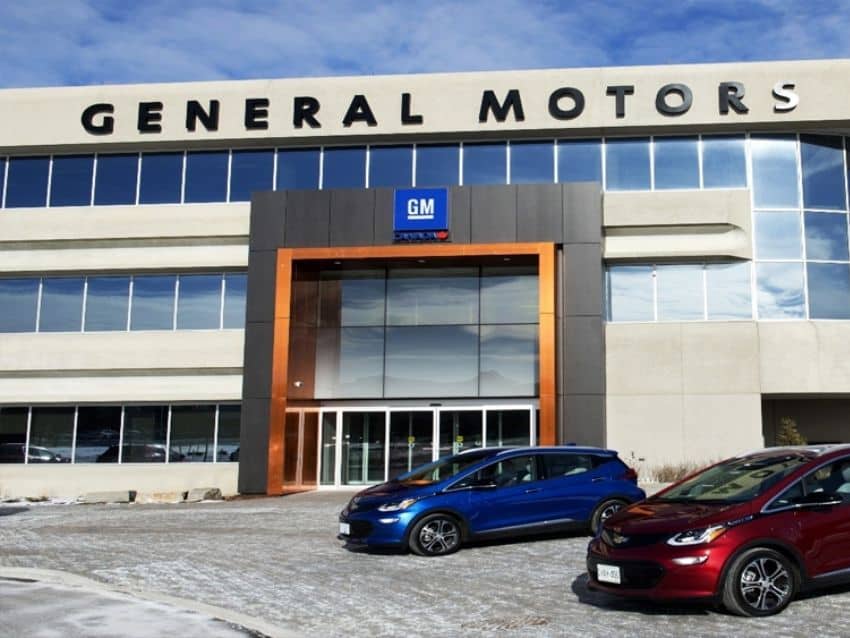 General Motors will reportedly install 40,000 electric vehicle chargers in the US, the company announced today. It will also begin selling its own Ultium branded Level 2 chargers for home or business uses.

GM said that it hopes the new project will spur the creation of EV charging stations in urban and rural underserved areas. The automaker will give each of its dealers up to 10 Ultium Level 2 destination charging stations to install throughout their communities, but the automaker does not plan on paying for all 40,000 chargers. Rather, it will work with its dealers and community leaders to find the appropriate financing.

Now, GM does not own its own EV charging network. Owners of GM’s electric vehicles must instead rely on a patchwork of third-party chargers, each with their own software and membership requirements.

The dealer-community project, which begin in 2022, is part of GM’s $750 million commitment to EV charging infrastructure, which it announced during its recent Investor’s Day event.

GM lead architect of EV infrastructure, Alex Keros said: “When you think about the hill that we have to climb for customers to access charging in all communities, not just the ones that have been early adopters, we need a lot.”

Level 2 chargers use a 240-volt connection and can add between 12 and 37 miles of range per hour, according to ChargePoint. Installation of a Level 2 charger can cost upwards of several thousand dollars, including labor.

Keros said: “In the dealer communities, we envision that it would be a collaboration, mostly between the dealer and the community partners that we would be working with. But we also we recognize there’s a lot of variables. So we will work with the dealers and the community members to make sure, for example, if there’s grants or other types of things, that we’re trying to be as helpful as possible.”

GM isn’t planning on installing any DC Fast Chargers, which charge an EV’s battery much faster than a Level 2 charger but also wears the battery down faster too. The automaker has a partnership with charging company EVgo to make its DCFC stations available to GM customers.

GM recently announced a new EV charging brand, Ultium Charge 360, which will integrate GM’s own vehicle apps and software with a variety of third-party charging services, such as Blink, ChargePoint, EVgo, Flo, Greenlots, and SemaConnect. The company will also sell its own Ultium Charge 360-branded Level 2 chargers for home or business, Keros said.

GM will have three different chargers with two distinct power outputs: an 11.5kWh/48-amp smart charger, as well as a premium version with a customizable touchscreen and an embedded camera; and a 19.2kWh/48-amp premium charger.

Each charging unit comes with WiFi and Bluetooth, as well as dynamic load balancing to handle multiple vehicles at once. GM is working with Ctek, a Swedish EV charging company, on the production of the Level 2 chargers.