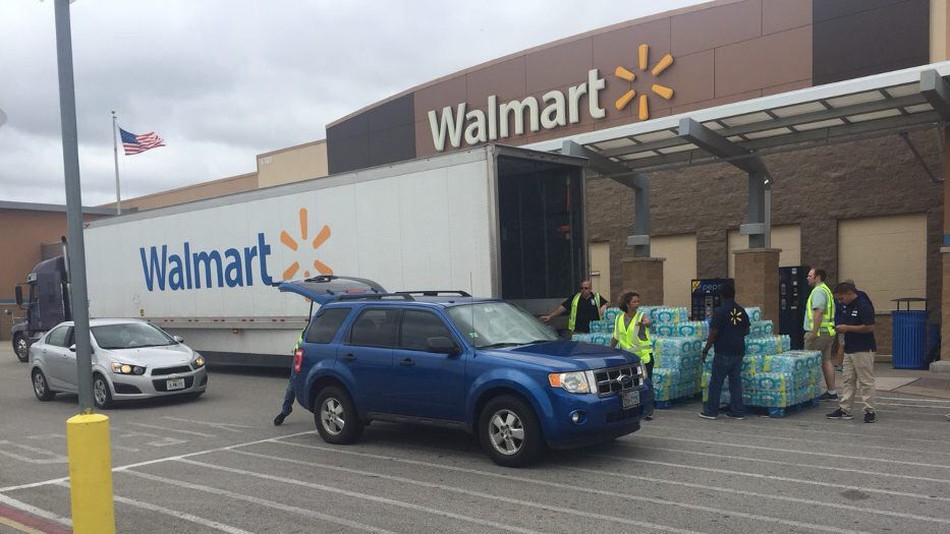 Ford has recently partnered with Walmart and Postmates to create a grocery delivery service using self-driving vehicles in Miami, the companies announced Wednesday.

Ford has been using Miami as a test bed for its self-driving vehicles since earlier this year. And more recently, the auto giant joined with Postmates to see how people ordering takeout food would interact with an autonomous delivery van.

Now Ford is moving to the next stage: grocery delivery. The company says it will experiment with different vehicle types, as well as modifications to those vehicles needed to keep perishable food items fresh. It will also experiment with a variety of scenarios, such as multiple deliveries on one trip and the user experience of retrieving delivery items from a fully driver-less vehicle.

Now Ford isn’t the first or only company who want to combine the lucrative grocery delivery industry with self-driving cars. Online grocery shopping could grow five-fold over the next decade, with American consumers spending upward of $100 billion on food-at-home items by 2025, according to a recent report.

Another self-driving startup, AutoX, recently announced it would begin delivering groceries in its small fleet of retrofitted Lincoln MKZ vehicles for customers in San Jose. And Nuro, a company founded in 2016 by two veterans of Google’s original self-driving team, is teaming up with supermarket giant Kroger to deliver groceries to residents in Arizona.

The company is currently testing real autonomous vehicles in Miami, too. These research cars are driving all over the city in autonomous mode while collecting high-definition mapping data. Safety drivers remain behind the wheel of all of Ford’s autonomous vehicles for the time being, although the company is currently building an AV without traditional controls like pedals and steering wheels, which it plans to release by 2021.