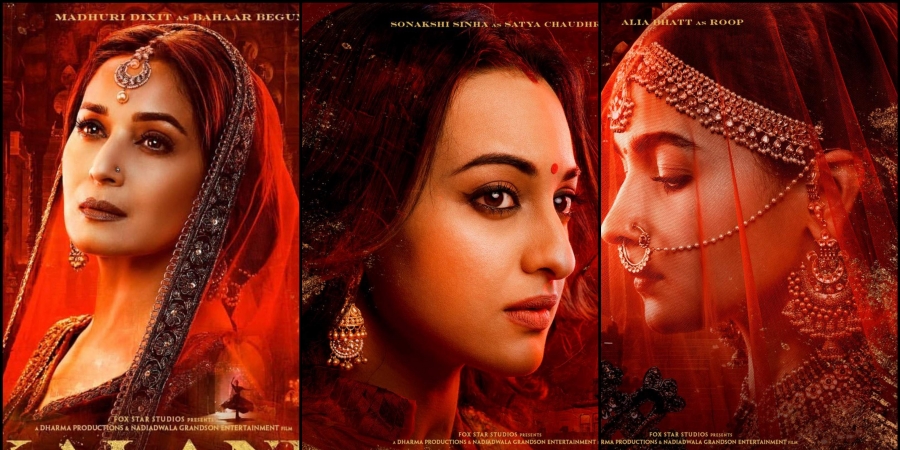 The film makers of the upcoming movie Kalank have recently been teasing the first looks of the film’s characters. The makers have recently released the first look of Madhuri Dixit, Alia Bhatt and Sonakshi Sinha. The movie is reportedly set to be release on 17 April 2019.

Madhuri Dixit plays “Bahaar Begum“, an enchanting character who would rather find herself all alone, than rather to be cast in someone else’s shadow.

Alia Bhatt plays the character of Roop, “a woman free, bound only by love.”

Sonakshi Sinha plays the character of Satya, “a woman who stands for love, longing, integrity and sacrifice”.

Love, longing, integrity and sacrifice… this is what SATYA stands for. #womenofkalank #kalank

Some other character that have been recently revealed are Sanjay Dutt and
Aditya Roy Kapur.

Another poster shows Sanjay Dutt as the pensive looking Balraj Chaudhry described as “the most powerful voice of the table” by the producer Karan Johar.

In another Poster Aditya Roy Kapur is seen in a determined expression. He is playing the character of Dev Chaudhry, described as “a sprinting mind with a noble heart.” 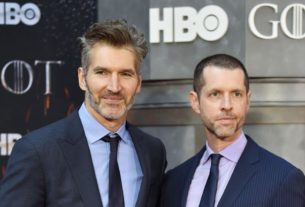 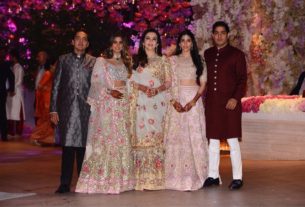