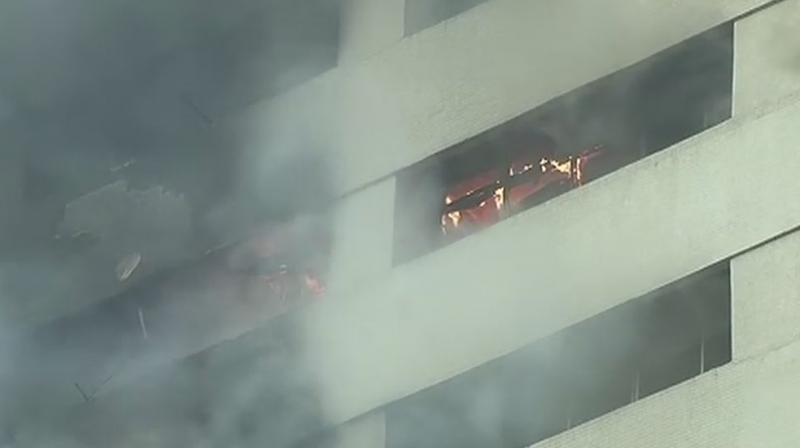 A major fire broke out on the top floor of a four-storey commercial building today in south Kolkata’s Chowringhee Road.

At least 12 fire tenders have been pressed into service to douse the flames, reported PTI, quoting a fire official.

According to a police officer, the building, near Rabindra Sadan Metro station, has been evacuated and no one is known to have sustained injuries in the fire, which was reported around 9.20 am.

Senior fire brigade personnel and police officers, including the Director General of Fire Services, have reached the site to review the situation.

The incident led to massive traffic snarls during the rush hour on the arterial Ashutosh Mukherjee Road and its adjoining areas.