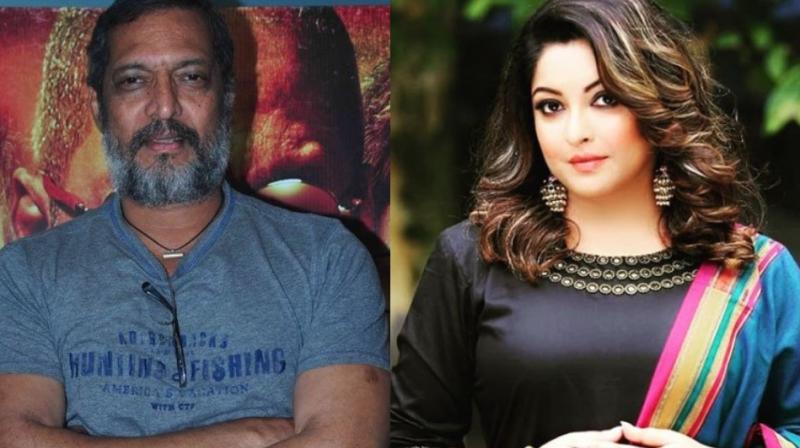 After former actor and model Tanushree Dutta levelled allegations of sexual harassment against veteran actor Nana Patekar, Bollywood actor-director Farhan Akhtar was the first to come out in support of Dutta.

Replying to a thread on Twitter posted by journalist Janice Sequeira who shared a first-hand account of what happened on the sets of the film Horn ok Pleassss in 2008, Farhan Akhtar wrote:

“This thread is very telling. @janiceseq85 was there at the time of the incident being debated today. Even when #TanushreeDutta had career concerns to keep quiet 10 years ago she did not & her story hasn’t changed now. Her courage should be admired, not her intention questioned.” 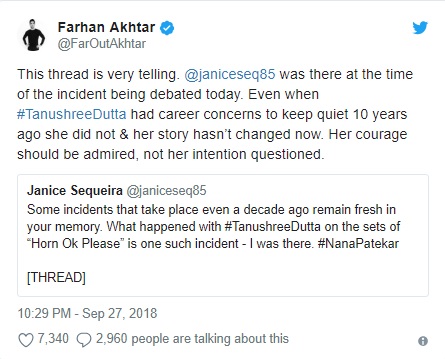 Actoress Richa Chadha tweeted her reaction on late Thursday evening on 27 September, calling the treatment meted out to Tanushree as “intimidation”. “Her only fault was she did not back down,” Chadha tweeted. Priyanka Chopra evasively retweeted Farhan Akhtar’s tweet and said, “Agreed…the world needs to #BelieveSurvivors”. 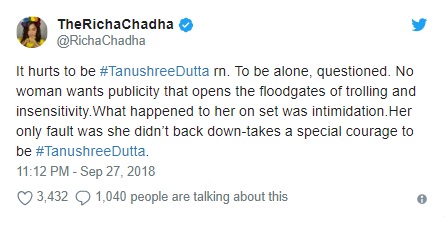 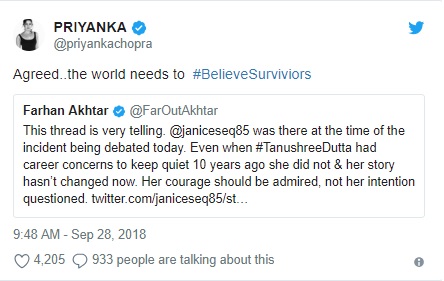 Actor Swara Bhasker is also among the first three celebrities to speak up for Tanushree Dutta. Swara tweeted a video of Tanushree where the actor has spoken extensively about the incident and Bollywood’s eerie silence with #IBelieveYouTanushreeDutta.

On Thursday, 27 September, at the trailer launch of Thugs of Hindostan when Bollywood actors Amitabh Bachchan and Aamir Khan were asked about Dutta’s allegations against Nana Patekar, the actors evaded a direct answer, reported PTI.

“My name is not Tanushree and my name is not Nana Patekar,” Bachchan said when asked to react to Dutta’s recent TV interview.

While Aamir Khan said it would not be right for him to comment but “whenever something like this does happens it is really a sad thing”. He also said it would be unfair on his part to comment on the controversy without knowing the “veracity” or the “details” of the matter, reported PTI.