Facebook will soon roll out a new “3D photo” feature that adds depth to photos in your News Feed. All users will be able to see 3D photos in their feeds starting today. The option to create them is expanding a little more slowly, over a process of a few weeks. And in order to use it, you’ll need an iPhone with dual cameras a feature that’s been available since the iPhone 7, although it’s not present in the new, lower-end iPhone XR. A number of other flagship phones feature dual cameras, including the Samsung Galaxy Note 9 and LG V35 ThinQ, but Facebook says it will be “adding support for more devices in the future.” 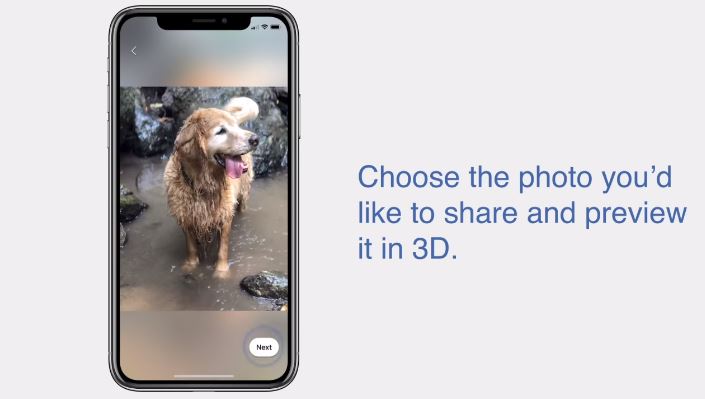 The 3D photo feature was announced in May, and it’s relatively straightforward: you select a picture, and Facebook turns it into a pseudo-3D image that changes perspective slightly when you scroll or tilt your phone. TechCrunch explained how the technology works in more detail earlier this year; basically, it draws from the depth map that’s automatically created by dual-camera phones, then adds some custom software tweaks that create a more realistic image. The vast majority of people will see these photos on other phones, but you can also view them on the Oculus Go VR headset’s web browser, or Firefox on the Oculus Rift.

Facebook isn’t inventing a new idea here — this kind of perspective-shifting has been around for years on phones — but it’s making the process intuitive and the results very easy to share. It’s also adding yet another little feature that blurs the line between normal Facebook posts and “immersive” experiences like virtual or augmented reality. And it’s doing so in a way that’s relatively non-controversial, at least compared to the giant home videophone it unveiled earlier this week.