Facebook’s stock price dropped 19 percent today. This decline, which erased about $120 billion in market value, is the largest one day drop in the history of the American stock market.

Facebook shares fell as much as 23 percent in after hours trading Wednesday, when Facebook reported its second quarter earnings. While revenue increased 42 percent in the quarter, it still missed analysts’ projections.

The number of daily active users, which grew by 22 millions the lowest number since at least 2011. Facebook’s chief financial officer warned that revenue growth would decline by high single-digit percentages” for the rest of the year.

Facebook’s decline significantly outpaced the $91 billion that Intel lost in September of 2000, during the original dot-com bust. Microsoft lost $77 billion in a day during the dot-com bust, according to Bloomberg.

Facebook has faced a series of crises over the past two years, starting with Russian interference on the platform during the 2016 election and continuing with this year’s Cambridge Analytica data privacy scandal. The introduction of the General Data Protection Regulation in Europe cost the company 1 million users after it rolled out, Facebook said.

In response to concerns over privacy, fake news, and hate speech, Facebook vowed to hire 20,000 new employees to work on security and moderation issues. That has cut into Facebook’s revenue growth at the same time that it has saturated its core North American market. Facebook has remained at 185 million users in the United States and Canada for the past two quarters. 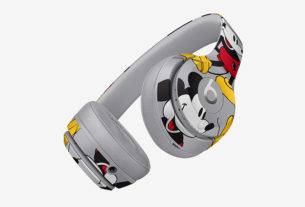 Spotify increases limit for offline downloads to 10,000 songs per device